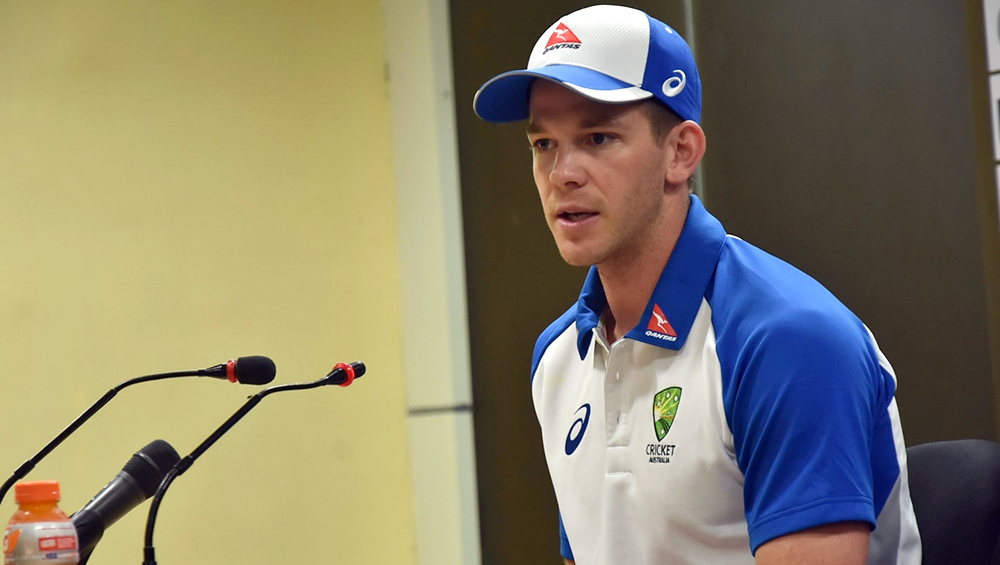 With the sporting tournaments coming to a halt amid the COVID-19 pandemic, several athletes across the world are working out while in quarantine to keep themselves in shape. Well, Australia’s Test captain Tim Paine also desired to do the same. However, it cost him his wallet. The 35-year old revealed that he wanted to set up a home gym in his garage and in order to do that, he moved his car out on the streets only to find out it has been broken into and his wallet, which was kept in the car, is also missing. The wicket-keeper batsman also said that he received a shocking message about unauthorised usage of his credit card.  2020 ICC Men's T20 World Cup in Australia Likely To Be Postponed Till 2022: Report.

“I've actually just turned the garage into a bit of a home gym and I want to hang the (stocking) off the bit where the garage door opens. I went outside and the car door was open and the wallet's gone. I figured if I can, I can work on my cover drive while I'm at it, but I've actually hit a bit of a snag today because I moved the car out onto the street only to wake up this morning to a text from NAB saying my credit card has been used,” Paine was quoted as per saying by SEN Breakfast.

Meanwhile, Cricket Australia has suspended all the sporting action in the nation due to the global health crisis and it doesn’t seem like athletes down under will get back into action any time soon. Earlier this month, the final round of Australia's premier domestic first-class tournament, Sheffield Shield was also called off. The ICC T20 World Cup 2020 is also scheduled to be played in Australia it will be interesting to see the fate of the tournament.