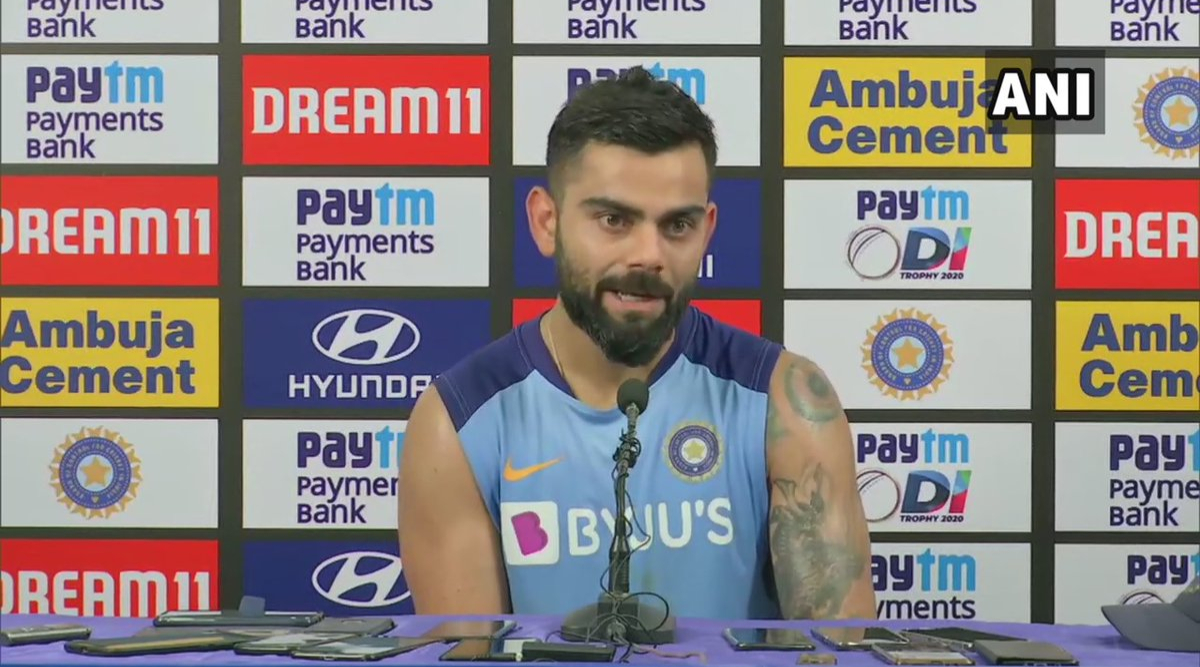 Auckland, January 24: After India registered a comprehensive six-wicket win over New Zealand in the first T20I, skipper Virat Kohli said that there was no talk of jetlag in the team and all they were focused upon was what the team needed to do in order to win.

Kohli had criticised the scheduling before the start of the series as the team had to fly from Bengaluru to Auckland the very next day they won the ODI series against Australia. However, on Friday, the Indian skipper said that the team didn't want any excuse and was just focussing on securing the victory.

"We enjoyed this. Landing two days before and playing a game like this, it was fantastic," said Kohli after India chased down 204 against New Zealand at the Eden Park. India vs New Zealand 1st T20I 2020 Stat Highlights: IND Register Their Third-Highest Successful Run Chase, Beat Kiwis by 6 Wickets in Series Opener.

"We never spoke of the jetlag in the team. We didn't want any excuse. We just focused on what we needed to do to win. We were looking forward to play," he added.

Kohli added that at one point of the game it looked like the Black Caps would post around 230 runs but the Indian bowlers pulled it back. "You can't be harsh on anyone on this sort of a pitch. I thought 230 was on at one point, but we pulled it back nicely."

Shreyas Iyer, who starred with the bat as India registered their record 4th successful 200-plus chase, said that the team was always confident of going across the line considering the small dimensions of the ground. India vs New Zealand, 1st T20I 2020 Match Result: Shreyas Iyer Special Sees Men in Blue Thrash Kiwis by 6 Wickets at Eden Park.

"We had lost quick wickets, so we had to build partnerships. We always knew we can score runs because this is a small ground," said Iyer who scored 58 off 29 balls as India achieved the target with six balls to spare. "Looking forward to similar support in the remaining games as well," he added.

The two teams will now meet for the second T20I at the same venue on Sunday.