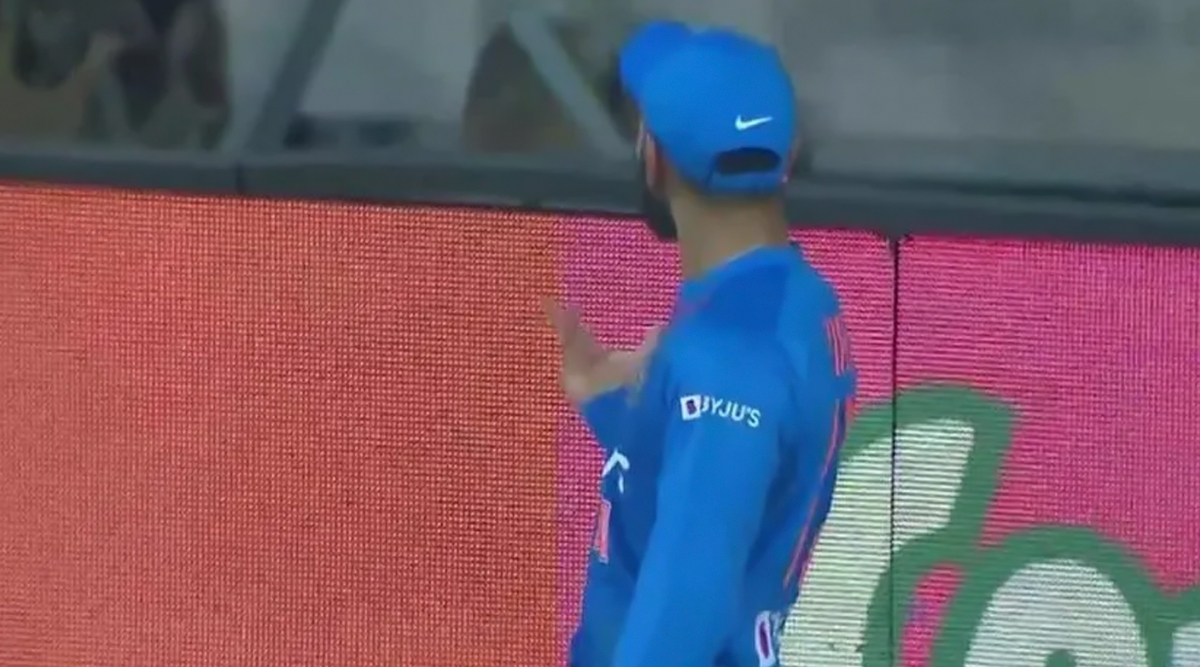 Rishabh Pant has been facing a lot of criticism in recent times due to his dismal performances with the bat and with the gloves. Nevertheless, the 22-year old scored an unbeaten 22-ball 33 in second India vs West Indies T20I and redeemed himself a bit. However, he dropped a catch of Evin Lewis in the fifth over and the fans started chanting MS Dhoni’s name, who has taken a sabbatical from cricket after the 2019 World Cup. This certainly didn’t go down well skipper Virat Kohli, who was standing near the boundary ropes, and he lashed out at the spectators near him. India Vs West Indies, Highlights And Cricket Score 2nd T20I Match.

This was, however, not the first time when something like this has happened on the cricket field. Earlier this year, the same thing happened in Mohali during India vs Australia 4th ODI, when the youngster wasn’t up to the mark behind the stumps. Kohli has also termed this behaviour from fans as ‘disgraceful’ and asked the people to give him time to get better. However, the skipper lost his cool on this occasion and bashed the fans for mocking Pant. Virat Kohli Catch Video: Indian Captain Takes a Stunner to Dismiss Shimron Hetmyer During IND vs WI 1st T20I 2019.

Speaking of India vs West Indies 2nd T20I, West Indies won the toss and invited the hosts to bat first on a tricky wicket. After an early of departure of KL Rahul, Shivam Dube came to bat at number three as a pinch hitter and he did pack a punch. The left-handed batsman scored his maiden T20I fifty and some lusty blows of Rishabh Pant in the death overs guided the Men in Blue to 170 in the first innings.

While chasing, Lendl Simmons scored a half-century and guided the visitors to an eight-wicket win.  The third and deciding encounter of the series will be played on December 11 at Wankhede Stadium in Mumbai. The series is perfectly poised at 1-1 and one can expect a lot of thrill and during in the final clash.