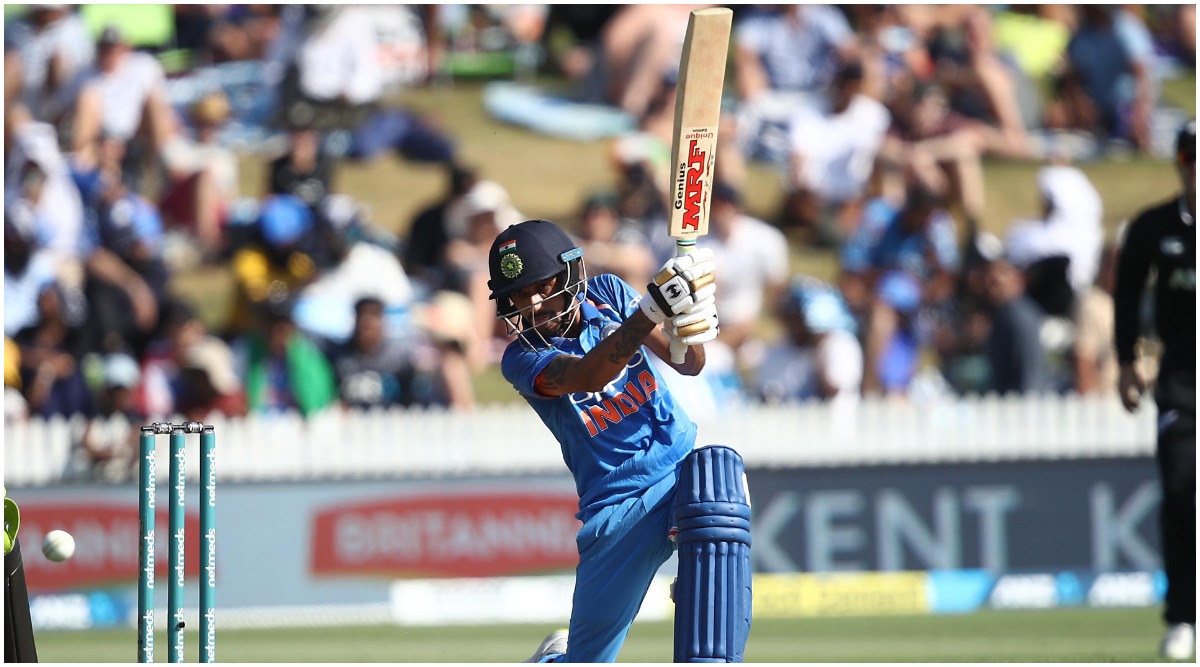 You just can’t keep Yuzvendra Chahal off the table. The wristy leg-spinner has some hilarious ways bouncing back and redeeming himself be it on the cricket field or on social media. Recently during a live interview session on Instagram Rohit Sharma and Jasprit Bumrah had revealed their interest in seeing Chahal bat against Bumrah. And taking of that conversation, Mumbai Indians – the franchise that Rohit and Bumrah play for – asked fans for what could happen when Chahal face Bumrah in an over in the Indian Premier League (IPL). While many predicted that Bumrah will be all-over the 29-year-old spinner and will clean him up in a single delivery, Chahal himself came up with the best answer. Jasprit Bumrah’s Response on Rohit Sharma’s Daughter Samaira Imitating His ‘Boom Boom’ Action Will Win Your Heart (Watch Video).

“Are you pumped-up to see Bumrah bowl to Chahal? Predict what the over will be like,” Mumbai Indian said in a tweet. Fans were quick to respond on the tweet and predicted that Chahal wouldn’t last a delivery. Some others said that Bumrah will gate-crash the leg-spinner in the first delivery. The question was posed after Bumrah had told Rohit during the Instagram session that he would like to keep an over for the death to bowl to Chahal when he comes out to bat. Rohit had also agreed to the same and had taken a dig at Chahal by saying that the spinner was boasting after hitting a straight drive during India’s tour to England. Rohit Sharma and Jasprit Bumrah Join Hands to Troll Yuzvendra Chahal.

Are you pumped-up to see Bumrah bowl to Chahal? 👊😋

But while most fans sided with Bumrah and insisted that Chahal would have no chance against him, the spinner himself cam-up with the best response. “Keep dreaming I am batting no.10 or 11 before me finch ABD sir and king Kohli is there first get them out then we will talk about my batting,” the 29-year-old said in his reply.

Keep dreaming i am batting no.10 or 11 before me finch ABD sir and king kohli is there first get them out then we will talk about my batting#staysafe🙏🏻😂

All these players, including Chahal, plays for IPL franchise Royal Challengers Bangalore. While AB de Villiers and Virat Kohli have been part of the franchise for the last five years, Australia captain Aaron Finch was signed in the payers’ auctions last year.

Meanwhile, the start of IPL 2020 was postponed to April 15, 2020, in the wake of the coronavirus pandemic. The India-based franchise T20 tournament was initially scheduled to start at March 29 but was later postponed to April 15 once the government cancelled all existing visas to prevent foreigners from entering the country amid the pandemic crisis.