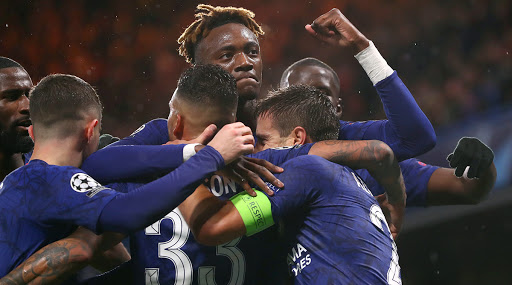 Chelsea vs Bournemouth, Premier League 2019–20 Free Live Streaming Online: Top four hopeful Chelsea will take on relegation-threatened Bournemouth in a Premier League 2019-20 clash on December 14, 2019. The match will be played at Stamford Bridge and is scheduled to start at 08:30 pm IST (Indian Standard Time). The Blues are sitting comfortably at fourth while the Cherries are in a spot of bother, one point ahead of the relegation zone. Chelsea faced a shock defeat against Everton while Bournemouth were thrashed aside 0-3 by Liverpool. Fans searching for live streaming and live telecast of Chelsea vs Bournemouth clash in EPL 2019-20 can scroll down below for more details. Fikayo Tomori Pens New 5-Year-Deal With Chelsea.

The London club will be without the services of Fikayo Tomori as the defender has not yet recovered from a hip strain. Antonio Rudiger returned midweek against Lille and is expected to start in this match as well. Midfielder Ruben Loftus-Cheek remains a long-term absentee due to an Achilles injury. Bournemouth injury woes continue as Dutch defender Nathan Ake suffered a hamstring injury in the clash against Liverpool, while Callum Wilson is also a doubt as the forward had to come off in the same game. Josh King might be fit enough to feature in the match but Steve Cook, Charlie Daniels and Adam Smith remain out. Liverpool Manager Jurgen Klopp Signs New Contract With Merseyside Club Until 2024.

The Premier League clash between Chelsea and Bournemouth will be played on December 14, 2019 (Saturday). CHE vs BOU is scheduled to start at 08:30 pm IST and will be played at the Stamford Bridge.

Where to Watch the Live Telecast of Chelsea vs Bournemouth, Premier League 2019/20 Season Football Match? TV Channels in India

Chelsea vs Bournemouth match will be streamed live by Hotstar, which is the official online media streaming platform of Star Network in India, Meanwhile, football fans can also follow the 2019-20 Premier League on LatestLY for the live score updates of CHE vs BOU match and every other EPL game.

Bournemouth and Eddie Howe have a lot to think about at the moment as they have lost their last five league games and are also troubled by a growing injury list. Chelsea were defeated by Everton last time out and the Cherries look like a perfect opponent for the Blues to get a win.