FCG vs ATK Head-to-Head Record: Ahead of ISL 2019 Clash, Here Are Match Results of FC Goa vs ATK Encounters in Indian Super League 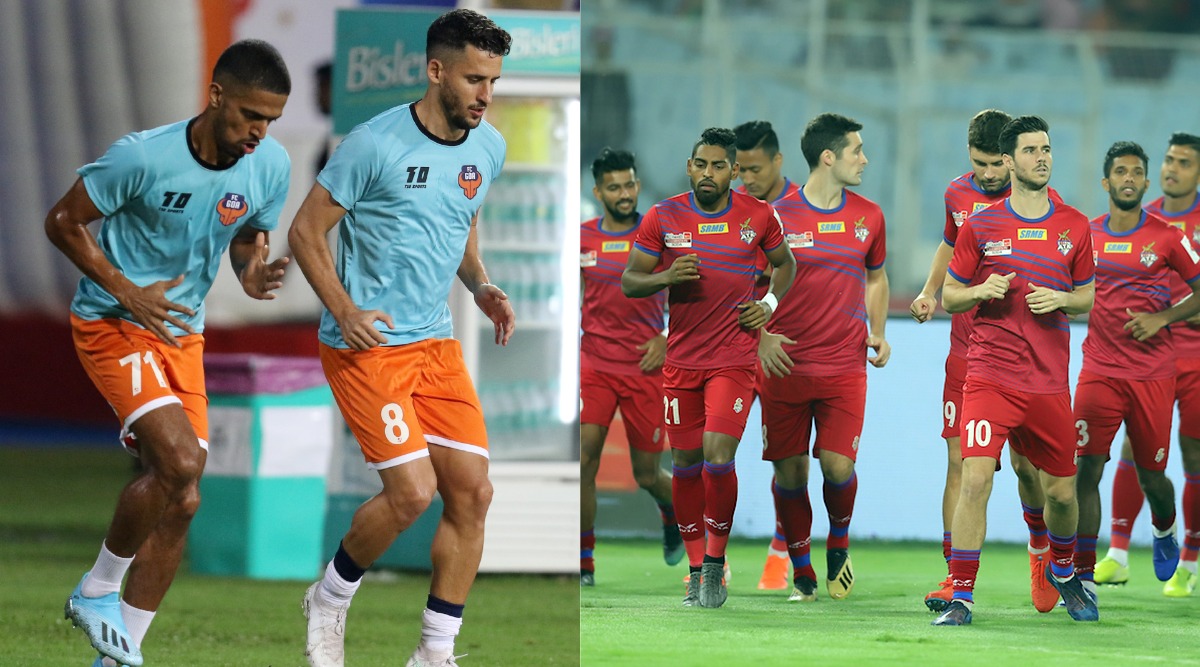 FC Goa and ATK will meet in a top of the table clash in Indian Super League (ISL) 2019-20. Both sides have lost just once in 7 matches but ATK lead the ISL 2019-20 points table with 4 victories while FC Goa are ranked 4th with 3 wins. FC Goa vs ATK match in ISL 6 will be played at the Fatorda Stadium in Margao. FC Goa’s only defeat came 3 matches ago against Jamshedpur FC and since then they have drawn against Kerala Blasters and huffed-puffed to a win in Hyderabad. ATK, on the other, began ISL 6 with a 1-2 defeat at Kerala but have been on a sweet run since then and are currently on an unbeaten run for 6 matches. Goals have come in bounds whenever these teams have in the Indian Super League. In 12 meeting, Goa have scored 14 times, while ATK hit the net on 13 occasions. But ATK the stats when it comes to head-to-head (H2H) record. In 12 matches, ATK have beaten Goa 3 times, Goa won twice and 7 ended in draws.FC Goa Vs ATK FC - Live Football Score.

Interestingly, both of FC Goa’s wins over ATK came in the last three matches with one in between those two Goa victories ending in a goalless draw. That draw last season was also the only 3rd goalless draw played between both sides in 12 meetings with the other two being in the two-legged semi-finals in 2014. ATK triumphed that season on penalties and went to become the first team to win the Indian Super League title. ATK vs FCG Dream11 Prediction in ISL 2019–20: Tips to Pick Best Team for FC Goa vs Atletico de Kolkata.

Goa was also in a 9-match winless run against the two-time champions before their 5-1 victory at home in season 5 of the ISL. With ATK in their pomp, Goa never managed to overcome them. 8 of Goa’s 14 goals have in their last three meetings (a 5-1 and 3-0 victories separated by a goalless draw) when ATK struggled to reprise their good days. But with both teams now back at their best, the contest promises to be intense, hard-battle and perhaps another goal fest.

ATK had won twice in 7 meetings against Goa while the other 5 ended in draws. Goa had never beaten them. But this would be ATK’s final win over the Gaurs before Sergio Lobera’s side completely overpower them. Juan Belencoso put ATK ahead in the 28th minute and ATK were well on course for another comfortable victory. But Mandar Rao Desai levelled the scores 10 minutes from the whistle setting up nervous final minutes for both sides. Stephen Pearson eventually scored the winner in the 2nd minute of added time to seal ATK’s third and final win over Goa.

ATK were the defending champions and Goa the best team in the league. But the season had gone different ways for both. ATK, under Teddy Sheringham and with Robbie Keane in the team, were struggling with only two wins in six games. Goa under Sergio Lobera were flying. But the match made more headlines for Goa’s delay in arriving in Kolkata and the force of the authorities to make them play two hours after landing in Kolkata. Keane put ATK ahead in the 4th minute and Ferran Corominas parried his side back with a 24th-minute strike. The rest was all about ATK’s fight to keep up with a dominant FC Goa’s pace. They escaped with a draw with at home.

Sergio Lobera’s side had been unlucky more for their tired players than for ATK’s form. But at home, FC Goa had no travelling problems. They were fresh and the scoreline, in the end, was big too. Sergio Juste put the home team ahead in the 10th minute before Manuel Lanzarote scored twice in the space of 7 minutes. Corominas added a 4th before Mark Sifneos completed the five after Robbie Keane had netted a consolation goal three minutes from the final whistle.

Steve Coppell coaches ATK while Sergio Lobera still helmed the chair at FC Goa. His side’s 7-match unbeaten run was snapped by Bengaluru FC, while ATK has struggled to barely manage two wins. Coppell’s side defended deep and strong to hold FC Goa to a goalless draw. The match gained extra impetus with Lanzarote’s decision to change shirts and sign for ATK.

ATK’ season had ended while FC Goa were on their way to the final for the 2nd time in 3 ISL seasons. Jackichand Singh opened the scoring in the 1st minute before Ferran Corominas netted twice in the second half with the last being from the spot. ATK managed none. A comfortable win for the Gaurs.