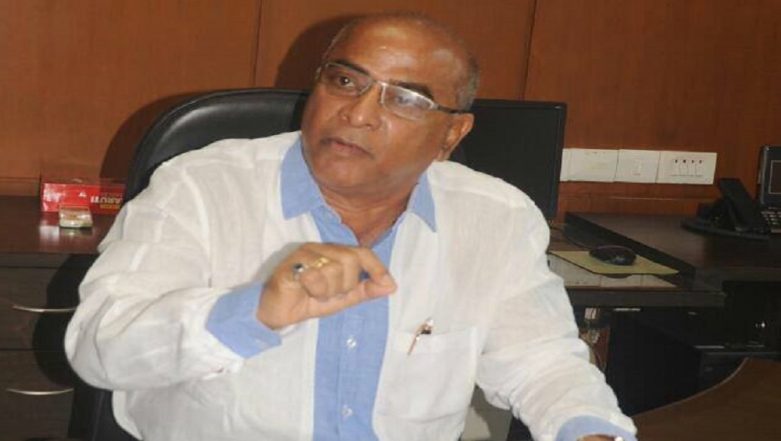 Panaji, July 31: Goa Sports Minister Manohar Ajgaonkar was on Wednesday grilled about the drop in the number of Goan footballers in the Indian national football team, even as former Chief Minister and NCP MLA Churchill Alemao claimed that the Indian Super League (ISL) was stemming the development of young footballers in the state. "Many Goans who play for ISL are Churchill Brothers players. ISL 2019–20: ATK Rope In Spanish Centre-Back Agustin Garcia Iniguez

Because of ISL everything has failed. I-league was started by late Union Sports Minister Priyaranjan Das Munshi. Becuase of I-league, Goan clubs could make a name for themselves," Alemao told the Goa legislative assembly on Wednesday during Question Hour. AIFF to Seek AFC Permission for Running I-League, ISL Simultaneously

Alemao, who is the chief patron of the Goa-based Churchill Brothers Football Club, along with top Indian football clubs like Mohun Bagan, East Bengal, among others, has been at loggerheads with the All India Football Federation over the exclusion of the lucrative Indian Sports League.

Earlier, BJP MLA Glenn Ticlo also grilled the Sports Minister over the lack of Goa-based players in the Indian national football team, despite the government investing crores of rupees in the development of young footballers.

"Where is the money going..why are we not getting international and national players from Goa?" Ticlo said. "Why are you asking me? Ask the (football) clubs and Associations," Ajgaonkar said in response. Football has been officially recognized as the state sport in Goa and the state is host to several popular football clubs like Churchill Brothers, Salgaocar FC, Dempo FC, among others.