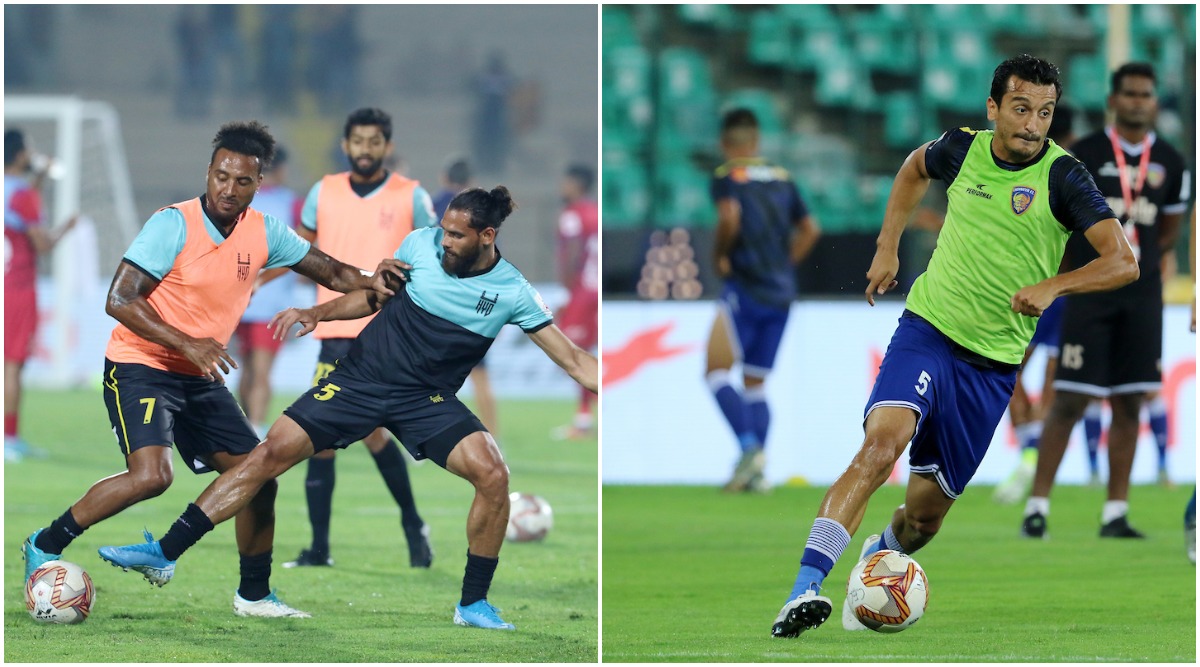 Hyderabad FC will host Chennaiyin FC in a battle of the bottom two in 2019-20 Indian Super League (ISL). Hyderabad vs Chennaiyin FC match 56 in ISL 6 will be played at the Ganti Mohana Chandra Balayogi Athletic Stadium on January 10, 2020 (Friday). Both teams have struggled for form in ISL 2019-20 and come into this fixture on the back of successive defeats in their previous two games. Fans, who play Dream11, can find all tip with player form and availability details to build a strong Dream11 fantasy team for HYD vs CFC ISL 6 encounter. Hyderabad are winless in their last 8 games and have only once in 11 matches leaving them at the bottom of the table. Meanwhile, for team suggestions and all tip to build a Dream11 team for HYD vs CFC match, please scroll down. Hyderabad FC Vs Chennaiyin FC - Live Football Score.

Chennaiyin FC haven’t fared better either. They are 4 points clear of Hyderabad FC but are placed in the penultimate position in ISL 2019-20 points table. Chennaiyin FC have won only twice in 10 ISL 6 games with one of those wins coming against Hyderabad FC in an earlier meeting. Hyderabad, however, been plagued by injuries and poor form. Struggling Hyderabad, Chennaiyin Have Ground to Cover.

They lost centre-back Rafael Lopez to injury in the 1-5 defeat at Kerala while the other signings have struggled for form. Adil Khan is expected to partner Matthew Kilgallon in central-defence against Chennaiyin FC, who might also make a change to their back-line with captain and defender Lucian Goian struggling badly.

Hyderabad FC vs Chennaiyin FC, ISL 2019-20, Dream11 Team Prediction: Defenders – Matthew Kilgallon (HYD) has been the in-form defender among both teams. He should be picked alongside Eli Sabia (CFC) and Ashish Rai (HYD).

Hyderabad FC vs Chennaiyin FC, ISL 2019-20, Dream11 Team Prediction: Midfielders – It has been the midfield of both teams that have fired in the goals for their respective sides. Adil Khan (HYD), Rafael Crivellaro (CFC), Marcelinho (HYD) and Lallianzuala Chhangte (CFC) should be picked in the midfield.

Both teams have struggled defensively where Hyderabad with 26 goals have conceded the highest number of goals, Chennaiyin FC have shipped the third most (18). Hyderabad are also yet to keep a clean sheet in ISL 6. Despite their struggles, it was nervy thriller when both teams met earlier in the tournament and this might be the same.