Kylian Mbappe Hints at Moving Away From Paris Saint Germain 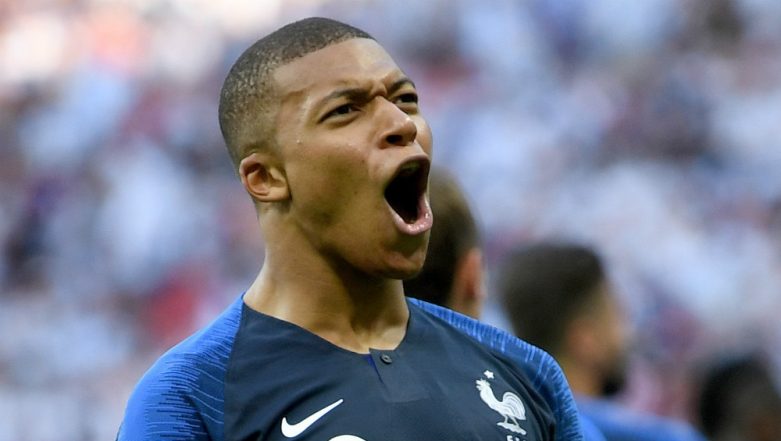 Paris, May 20: Paris St-Germain's (PSG) star striker Kylian Mbappe has put his future with the French champions in doubt with his comments after he won the National Union of Professional Footballers' (UNFP) Ligue 1 Player and Young Player of the Year awards on Sunday. "I think it's an important moment for me as I feel I am approaching a first, or second, turning point in my career," said Mbappe after winning the award, Xinhua news agency reports. Mbappe pipped his team-mate Neymar to claim the award.

"I have discovered a lot of things here and feel it's perhaps time for greater responsibilities," he said. Hopefully, it will be at PSG. Or maybe elsewhere with a new project." The 20-year-old made the switch from Monaco to PSG for 180 million euros in 2017. PSG’s Kylian Mbappe Equals Cristiano Ronaldo's Record Against Manchester United During Champions League 2018-19 Tie (Watch Video Highlights).

Mbappe has been regularly linked with a possible move to Real Madrid. Since Frenchman Zinedine Zidane's return to the Real Madrid as coach earlier this year, speculations about Mbappe joining the Santiago Bernabeu have been on the rise.

At the 2018 FIFA World Cup in Russia, Mbappe helped France win the tournament with four goals in seven matches. This season he has scored 32 goals in 29 league games, and 38 goals for PSG, outperforming many of the world's most expensive players.