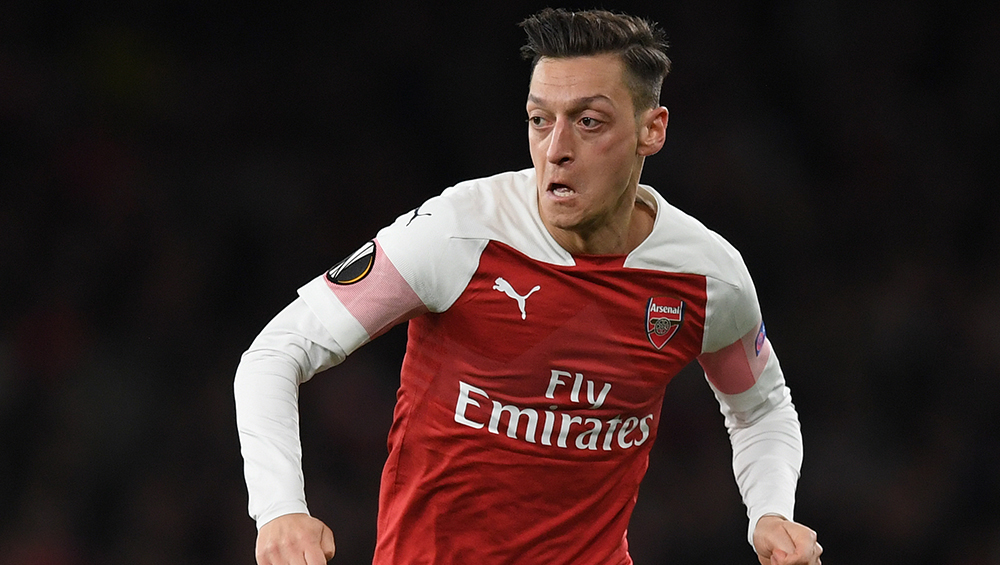 Arsenal is facing quite a tough time in the Premier League 2019-20. The team went down to Brighton by 1-2 at the Emirates Stadium. Needless to say that the players were upset with the defeat but Mesut Ozil was the one who looked quite angry with the defeat. Ozil was seen yelling at his teammate before getting into the tunnel at the end of the match. From the looks of it, Mesut was shouting at Laca and looked pretty upset. The cameras on field captured the moment and a few fans shared the video on social media. Shah Rukh Khan Appreciates the Hospitality of Arsenal Star Mesut Ozil and His Fiance Amine Gulse: Shares Picture With Them on Social Media.

With this loss, Arsenal slipped on number 10 of the EPL 2019 points table with 19 points in their kitty. The team has won only four games out of 15. They lost four more and the remaining seven ended with a draw. The team had even sacked Unai Emery the manager of the club as the fans thought that he is the reason for Gunner’s winless run. Talking about the game, Adam Webster was the one who netted a goal at the 36th minute. Alexander Lacazette from Arsenal scored an equaliser. Neal Maupay slammed a goal at the 80th minute and won the game 2-1.

For now, let’s have a look at the video shared on social media.

Mesut Ozil was visibly frustrated as he left the pitch after tonight's Arsenal match.#ARSBHA pic.twitter.com/uaelP9Kcx6

Arsenal legend Tony Adams defended Ozil and said, “There’s a little bit of spirit there. I don’t mind that. Maybe he should have done it before the game. Before the game takes that attitude on to the pitch.” The team will next face West Ham on December 10, 2019.