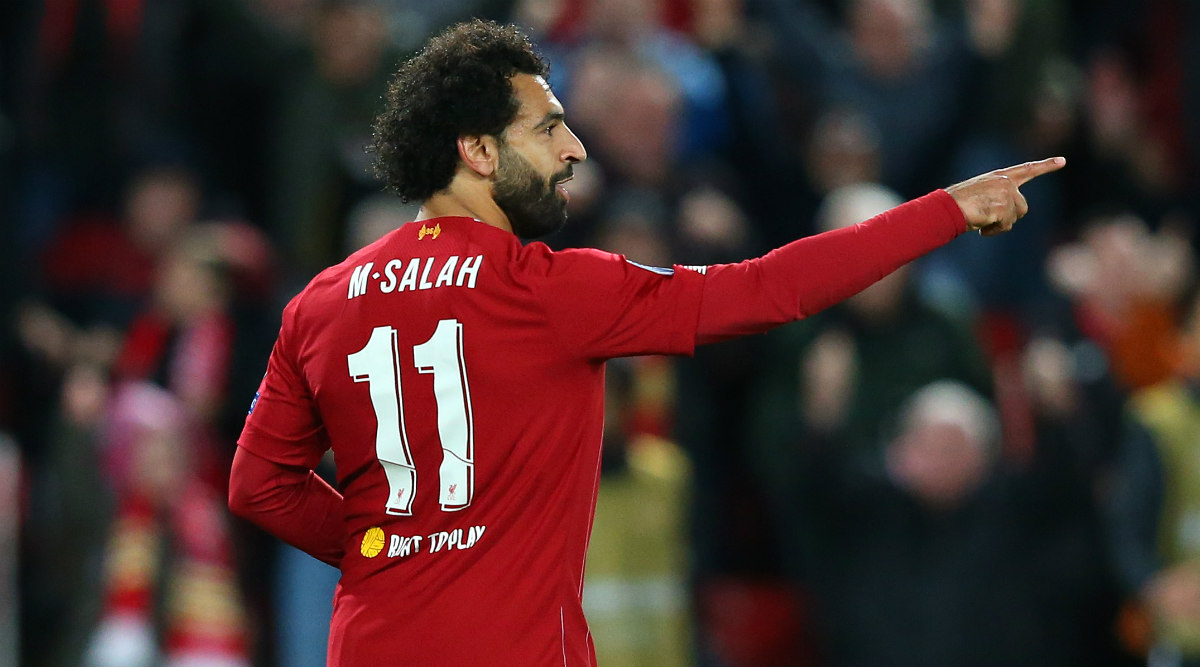 Mohamed Salah joined Liverpool in 2017 for a club-record fee of 42 million euros and since then has been one of the most if not the most influential members of Jurgen Klopp’s team. In his two and a half years at the club, Mo Salah has unworldly statistics as he has been involved in 92 goals in 97 appearances, a number only bettered by Barcelona captain Lionel Messi across the top 5 European leagues. The Egyptian scored his 15th league goal of the season when he netted against West Ham. Liverpool 3-2 West Ham, Premier League 2019-20: Sadio Mane's Late Goal Brings Reds Closer to First League Title in 30 Years.

With his goal against West Ham United on Monday (February 24, 2020), Mohammad Salah is now just two goals behind in the leading scorer's chart in the Premier League this season. Salah’s tally of 92 goal contributions (68 goals and 24 assists) in Europe’s top 5 leagues is only behind Lionel Messi who has a staggering 88 goals and 37 assists since the start of 2017-18 season. This stats shows how important the Egyptian has been for the Reds since he joined the club. Salah has been spectacular this season and is on his way to guide Liverpool to their first League title in 30 years. Dejan Lovren Trolls Mohamed Salah After Outplaying him at Table Tennis (Read Post).

In his debut season, Salah had 32 goals and 11 assists in the Premier League which was followed by 22 goals and 10 assists in the 2018-19 season which saw them finish one point behind eventual champions Manchester City. But the Egyptians also had a huge impact in the Champions League as he scored guided the Reds to first CL title since the famous 2005 win in Istanbul. Salah had seven goal contributions in last season’s UCL campaign including a goal in the final against Spurs.

Speaking of the most goal and assists in the top 5 European leagues since the 2017-18 season, a lot of football heavyweights are in this list but the biggest surprise is Ciro Immobile on the third position whose performances over the years have gone under the radar. The Italian is having a brilliant season scoring 27 goals in Serie A, six ahead of his nearest competitor Cristiano Ronaldo.