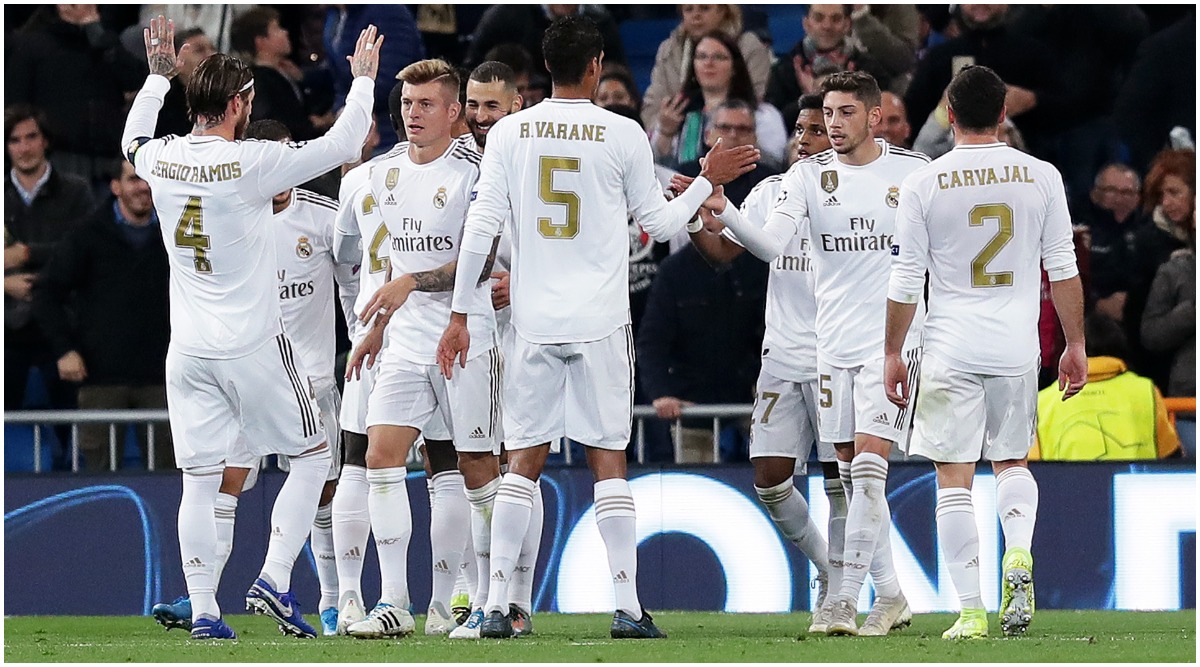 Real Madrid have an excellent chance to open up a three-point lead at the top of the Spanish La Liga table when they take on Real Valladolid away. Valencia humbled Barcelona in yesterday’s encounter which leaves Zinedine Zidane with pole position in sight for his club. The Los Blancos come into the game on the back of three successive victories in all competition. The brand of football on display has been electric at times from the record European champions which has created a buzz of expectations in fans. Real Valladolid are 15th in the league at the moment with no wins in five. The hosts need serious upliftment to challenge Madrid in this crunch tie. Valladolid Vs Real Madrid - Live Football Score.

Stiven Plaza will undergo a late fitness test to determine his availability for Real Valladolid and apart from him there are no injury concerns. Sergi Guardiola along with Enes Unal will lead a two-man attack for the hosts with Michel and Fede San Emeterio working on the channels. Ruben Alcaraz is the pivot in midfield and has the all-important job of nullifying Real Madrid’s potent central playmakers which is easier said than done. La Liga 2019-20 Match Result: Valencia Beats Barcelona 2-0 in Early Blow for Quique Setien.

Dani Carvajal is suspended for the tie while a return date for forward Eden Hazard has not yet been ascertained. Isco and Rodrygo will be back in the starting eleven to flank star striker Karim Benzema. Casemiro in central midfield has been a standout player for Zinedine Zidane this season and with Brazilian in the team, expect Real Madrid to dominate in the middle of the park. Luka Modric and Toni Kroos should be the other midfielders for Madrid.

Real Madrid vs Real Valladolid, La Liga 2019-20 football match is scheduled to take place on January 27 (Late Sunday night). The match will kick off at 01:30 am IST (Indian Standard Time) and will be held at Stadium José Zorrilla.

Sadly, Real Madrid vs Real Valladolid live telecast will not be available on any channels in India as there is no official broadcaster for Spanish La Liga 2019-20. Sony Pictures Sports Network (SPN) did telecast previous season in India.

Despite the unavailability of the official broadcaster of Spanish La Liga in India (which means no Hot Star or Sony Liv app), one can still catch Real Madrid vs Real Valladolid match online via live streaming on La Liga's official Facebook page. You can also follow LatestLY for live football score updates. Real Valladolid are winless in their last ten meetings with Los Blancos and based on current form, Zinedine Zidane’s men should continue with their winning run.