Sunil Chhetri Has a Message For Football Fans Ahead of India vs Oman, FIFA World Cup 2022 Qualifiers (Watch Video) 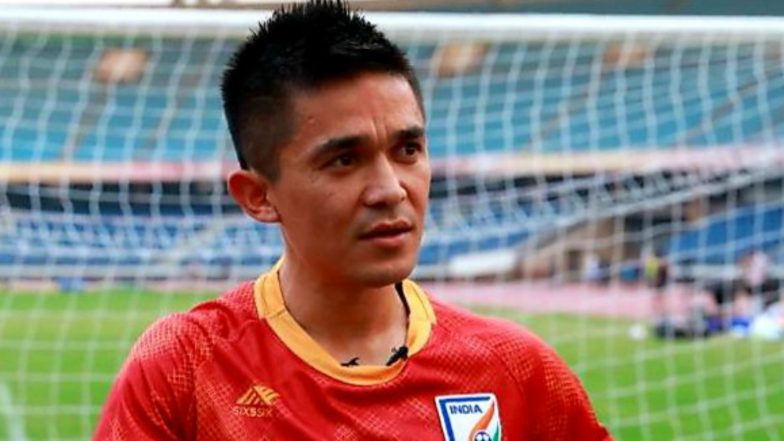 The two teams are touted to be the favourites from Group E. Ahead of the game, Sunil Chhetri took to social media to post a video where he spoke about the amazing reception they got after they reached Guwahati. The official account of Indian football shared the video of Chhetri appealing the Indian fans to pour in huge numbers to support the Men in Blue.

🗣 "I hope we get a jam-packed stadium in Guwahati!" 🏟😍@chetrisunil11 has a message for all #IndianFootball 🇮🇳⚽ fans ahead of #INDOMA ⚔ today! #WCQ 🌏🏆 #BackTheBlue 💙 #BlueTigers 🐯 pic.twitter.com/xEQnuYaxug

Even Assam Chief Minister Sarbananda Sonowal also appealed the fans to back the Men in Blue.

My best wishes to @IndianFootball for today's important clash against Oman.#BackTheBlue pic.twitter.com/RRLSwokvyu

India football coach Igor Stimac spoke to PTI and said, “Realistically, Qatar and Oman are the favourites in our group. We have never won an official match against either of them. So it's not going to be easy at all. In Guwahati we are going to give everything on the pitch, aiming to win it.” The last time the two teams locked horns with each other was in December last year for the Asian Cup where the match ended with a goalless draw.