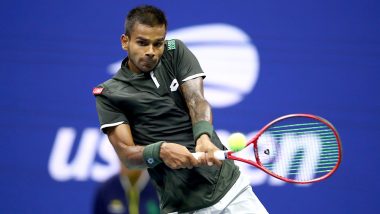 Nagal sneaked through as top 128 ranked ATP players made the cut with the 22-year-old ranked at 127 in the world currently. He remains the only Indian to make the cut. Rafael Nadal Withdraws from US Open 2020 Amid COVID-19 Concerns.

World No.1 Novak Djokovic leads the men's singles entry list for this year's US Open which is devoid of star names like defending champions Rafael Nadal and 20-time Federer.

"After many thoughts, I have decided not to play this year's US Open," Nadal said on Twitter on Tuesday. "The situation is very complicated worldwide, the COVID-19 cases are increasing, it looks like we still don't have control of it."

"We know that the reduced tennis calendar is barbaric this year after 4 months stopped with no play, I understand and thank for the efforts they are putting in to make it happen," the 19-time Grand Slam champion added.

The US Open is currently scheduled to be held from August 31 with the Cincinnati Open being held at the Flushing Meadows before that from August 22.

(The above story first appeared on LatestLY on Aug 05, 2020 04:09 PM IST. For more news and updates on politics, world, sports, entertainment and lifestyle, log on to our website latestly.com).