Led by some of the world’s top aviation, search & rescue and homeland security experts, Israeli-based C4 Systems is enhancing life-saving technologies for the private and paramilitary sectors via groundbreaking Augmented Reality(AR) Technology. 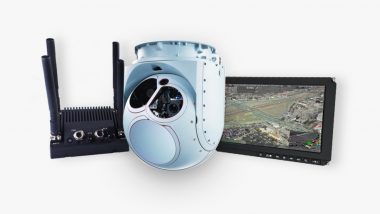 Led by some of the world’s top aviation, search & rescue and homeland  security experts, Israeli-based C4 Systems is enhancing life-saving  technologies for the private and paramilitary sectors via  groundbreaking Augmented Reality(AR) Technology.

Whether one is a firefighter, law enforcement officer, border control ranger or search & rescue operator – AR technology will play a  determining role in the outcomes of a potentially life-threatening  situation. C4 Systems is utilizing augmented reality (AR) to provide innovative life-saving Air, Marine and Ground applications.

Founded in 2010, Israeli-based C4 Systems presents those confronting  emergency events around the globe with the opportunity to enhance  their overall mission tools and increase their capacity to save lives and natural resources. In this effort, C4 offers an AR software Container  (called C4C) to host a line of proven applications, including Navigation,  3D Synthetic Terrain, Command & Control, Mission, and others.

As one example out of many, the C4S is an innovative command & control application that connects mission entities and incident GIS points  with the relevant response teams in the air, ground or sea.

Additionally, the AR Software Container acts as an “all in one”  integration hub by enabling a wide amount of data inputs and sensors to  be utilized to power AR applications, including both external and  internal airborne sensors such as: electro-optical/infra-red (EO/IR),  searchlights, monitors, flight & management mission computers, LIDAR  sensors, mission radars, and DVR recording with video download links.

In 2019, C4 launched the Super-Vision, its latest innovative AR see through system for aviators, which utilizes augmented reality. The  product was developed as a dual-purpose solution (for both aviation and  civilian uses) and serves as a major innovation in positioning C4 towards  the civilian sector due to Super-Vision’s “all in one” capabilities and  ability to be used in other domains, such as fitness, leisure, tourism, and  healthcare. The C4 Super-Vision is also able to collectively broadcast effortless navigation, using augmented GIS to tactically enable real-time  sharing of location, points and areas of interest with crew members,  consequentially improving the results of any endeavor. Today, the  system is one of the most affordable in the market and used by the  world’s most demanding clients in the field of search & rescue.

In 2020, the market for aerospace modernization was valued at over  $100 billion dollars, incentivizing thousands of global companies  specializing in enhanced emergency response devices and equipment to  further engage the private sector. In response to the report as well as  internal assessment, C4 Systems has begun focusing on transitioning the  company’s business model to attract additional non-governmental  business deals due to the global potential and more efficient market by  adapting and accessing aerospace technology to the civilian market.  Over the past few years, the company opened an office in the United  States to better connect and partner with American and international  aerospace businesses.

In the past decade, the company has worked with dozens of  governmental agencies and private firms in order to bring its unprecedented technology and cutting-edge utilities to the largest and  most impacted populations.

C4 Systems believes that homeland security and rescue aviation should  have the same strategic tolls and technology which were produced for  the JSF F-35, which is considered the most state-of-the-art stealth fighter  jet in the world. Since its establishment, C4 has used the same types of  methods and has saved 472 lives, flown over 100 million miles, saved  $20 million dollars per client, and has quickly completed missions at a  rate of 200% higher than other competitors.

While standard aerospace systems currently on the market provide  search & rescue professionals, firefighters, border patrol, and more with  the ability to bring those from the brink of death back to safety, are too  expensive for both government and non-governmental organizations. In  an effort to disrupt the private sector market with elite technologies, C4  is empowering everyday heroes with the most accurate and innovative  AR integration network for an affordable price. Currently, C4 Systems is  producing the most advanced AR technology to those in the industry of  saving lives but the company also has the potential to offer much more  to the private sector.