CES 2022 To End One Day Early Amid Omicron Surge: Report

As cases of the Omicron Covid-19 variant have continued to surge, the Consumer Technology Association (CTA) announced that it will be shortening CES 2022 by one day, ending the show on January 7, rather than January 8. 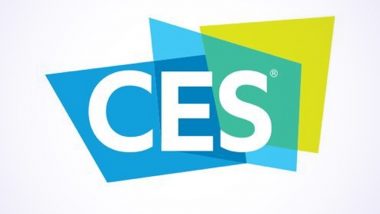 San Francisco: As cases of the Omicron Covid-19 variant have continued to surge, the Consumer Technology Association (CTA) announced that it will be shortening CES 2022 by one day, ending the show on January 7, rather than January 8. AMD & MSI To Skip CES 2022 Due to Omicron Scare.

Over the last couple weeks, a number of large companies -- including BMW, Intel, AMD, GM, Google, T-Mobile, Amazon, Microsoft and OnePlus have dropped their physical presences at the conference

"As the world's most influential technology event, CES is steadfast in its pledge to be the gathering place to showcase products and discuss ideas that will ultimately make our lives better," Gary Shapiro, president and CEO, CTA said in a statement. "We are shortening the show to three days and have put in place comprehensive health measures for the safety of all attendees and participants."

The US set a new record for daily infections of Covid-19 after reporting almost half a million positive cases as the surge of the Omicron variant spreads across the country. On Wednesday there were 488,000 cases of the virus in the US, according to a New York Times database.

"Out of an abundance of caution, BMW will move all planned media activities at CES to a fully online programme from Germany on January 5," BMW said in a statement to The Verge. In addition, fellow German automaker Mercedes-Benz is going to skip the in-person event as well.

The CTA told TechCrunch that over 2,200 companies are confirmed to participate in-person at 'CES 2022' in Las Vegas. T-Mobile CEO Mike Sievert, one of the CES 2022's featured speakers, announced that his company won't be attending the world's largest electronics show next month. The world's most influential tech event is slated to showcase some first-time innovations around Blockchain-based non-fungible tokens (NFTs), remote health solutions, self-driving cars, gaming, food and space tech.

(The above story first appeared on LatestLY on Jan 03, 2022 10:25 AM IST. For more news and updates on politics, world, sports, entertainment and lifestyle, log on to our website latestly.com).