Cryptocurrency Scammers Netted $7.7 Billion Worth of Digital Currency From Victims in 2021: Report

Cryptocurrency scammers netted $7.7 billion worth of cryptocurrency from victims in 2021, an 81 per cent rise in losses compared to last year, a new report showed on Monday. 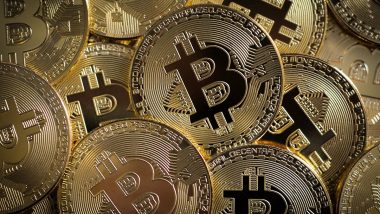 New Delhi: Cryptocurrency scammers netted $7.7 billion worth of cryptocurrency from victims in 2021, an 81 per cent rise in losses compared to last year, a new report showed on Monday. According to Blockchain analysis firm Chainalysis, nearly $1.1 billion of the $7.7 billion were attributed to a single scheme which allegedly targeted Russia and Ukraine. Cryptocurrency prices in India today (21 Dec 2021).

A key source of rising cryptocurrency scams in 2021 were 'rug pulls', where the developers of a new cryptocurrency vanish and take supporters' funds with them, reports ZDNet.

Rug pulls accounted for 37 per cent of all cryptocurrency scam revenue in 2021, at $2.8 billion.

"As the largest form of cryptocurrency-based crime and one uniquely targeted toward new users, scamming poses one of the biggest threats to cryptocurrency's continued adoption," Chainalysis said.

The report found that the number of active financial scams rose from 2,052 in 2020 to 3,300. Scams also went up in line with the rise in value of popular cryptocurrencies such as Ethereum and Bitcoin.

"The most important takeaway is to avoid new tokens that haven't undergone a code audit. Code audits are a process through which a third-party firm analyses the code of the smart contract behind a new token or other DeFi project," said Chainalysis.

(The above story first appeared on LatestLY on Dec 21, 2021 08:40 AM IST. For more news and updates on politics, world, sports, entertainment and lifestyle, log on to our website latestly.com).