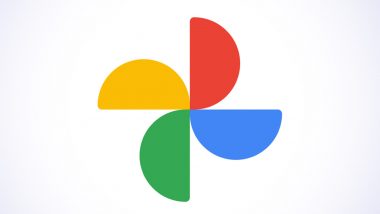 Google Photos will be ending its free storage service from June 1, 2021. In late 2020, the global tech giant had announced a change in its storage policy for Google Photos. As per the new policy, the 15GB free storage that comes with every Google account will also include Google Photos. So users who want more than the 15GB limit will have to purchase an additional storage - Google One. Users have just five days to use the free storage feature. Users owning Pixel 5 or earlier devices are exempted from the new storage policy. To save your precious time, we hereby list down the best alternatives to Google Photos.

Degoo is the first best alternative to Google Photos which provides 100GB of free cloud storage. The company claims that files uploaded are end-to-end encrypted. If you need more than 100GB then you will have to purchase additional storage. The 500GB plan costs $2.99 per month (approximately Rs 220), the 10TB pack is priced at $9.99 per month (approximately Rs 735). It is worth noting that the free plans contain ads whereas the paid service is ad-free.

The next alternative is DigiBoxx which offers 20GB of free space with the support of Gmail integration, unlimited external collaborations and end-to-end encryption. There are other paid plans as well which costs Rs 30 per month for 100GB and an annual plan at Rs 360.

OneDrive by Microsoft is also a cloud storage service that offers only 5GB of free space. It comes with features like auto back-up, auto-syncing. You can also purchase 100GB storage at Rs 140 per month but if you are a Microsoft 365 subscriber, then you don't need to buy the OneDrive service. Microsoft 365 users already get access to 1TB of storage space.

(The above story first appeared on LatestLY on May 26, 2021 11:39 AM IST. For more news and updates on politics, world, sports, entertainment and lifestyle, log on to our website latestly.com).