Google has announced that its cloud gaming service Stadia will be coming to iPhone and iPad in the near future through an upcoming web app. 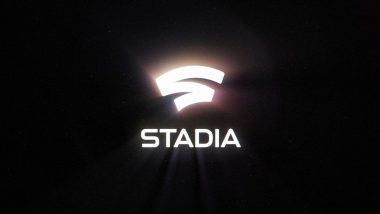 San Francisco, Nov 20: Google has announced that its cloud gaming service Stadia will be coming to iPhone and iPad in the near future through an upcoming web app. Google says it has been building a progressive web app version of Stadia that will run in the mobile version of Apple's Safari browser, similar to how Microsoft intends to deliver its competing xCloud service on iOS sometime next year, reports The Verge. Google Pay App With New Features Announced for Android & iOS in the US.

Since its launch, Google has not been able to bring Stadia to iOS devices because of Apple's restrictions on cloud gaming services. However, Apple in August said that cloud gaming services were allowed on the App Store, but that each individual game must be submitted to be reviewed by Apple's App Store team.

Graphics giant Nvidia recently announced that its GeForce NOW Cloud gaming service is now streaming on iOS Safari in Beta, which will soon offer the popular game Fortnite that has been shunted out by Apple from its App Store. The company said that alongside the team at Epic Games, it is working to enable a touch-friendly version of Fortnite, which will delay the availability of the game. Amazon Luna, Amazon's gaming service, is also developing a web app to bypass the need to release an app on Apple's App Store.

(The above story first appeared on LatestLY on Nov 20, 2020 05:21 PM IST. For more news and updates on politics, world, sports, entertainment and lifestyle, log on to our website latestly.com).