OnePlus 10 With Dimensity 9000 SoC To Reportedly Debut Soon, OnePlus 10 Ultra in the Works

OnePlus recently launched the OnePlus 10 Pro smartphone in India and the global market. A new report has revealed that the Chinese phone maker will launch the OnePlus 10 model soon. 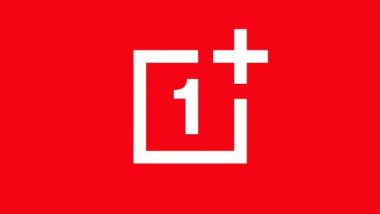 OnePlus recently launched the OnePlus 10 Pro smartphone in India and the global market. For the past several years, we saw that OnePlus has had launched the vanilla and pro model under its flagship series. But things have changed a bit this year. The company has not introduced the vanilla OnePlus 10 model along with the Pro model. A new report has revealed that the Chinese phone maker will launch the OnePlus 10 model soon. OnePlus 10 Pro 5G Launched in India at Rs 66,999; First Sale on April 5, 2022.

Tipster Yogesh Brar has tweeted that a new device powered by Dimensity 9000 is being made ready for a limited release. This device could be the OnePlus 10. In addition to this, Brar also mentioned that OnePlus is also working on the Ultra model, which might be included in the OnePlus 10 lineup.

The company has not yet said anything about the OnePlus 10 and Ultra models. In terms of specifications, the OnePlus 10 is likely to sport a 120Hz AMOLED display, a 50MP primary camera, a MediaTek Dimensity 9000 chipset, and a 5,000mAh battery with 80W fast charging support.

(The above story first appeared on LatestLY on Apr 08, 2022 12:19 PM IST. For more news and updates on politics, world, sports, entertainment and lifestyle, log on to our website latestly.com).