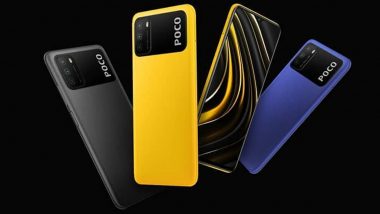 Poco, the Chinese smartphone maker on Thursday officially launched a new budget phone in the Indonesian market. The phone is already in sale in Europe in November 2020. The phone is priced at Rp.1,899,000 which is around $136. The main highlights of the phone are Snapdragon 662 SoC, 48MP triple rear camera, and more. Poco C3 Sells Over 10 Lakh Units in India.

Interested customers can get their hands on the phone that will be available via mi.com, LazadaLazadaLazada, Akulaku, and Mi Authorized stores in Indonesia.

It will be available in three colours - Yellow, Blue and Black. As far as specs are concerned, the phone gets a 6.53-inch FHD+ LCD display with Dot-drop notch with a resolution of a 2340x1080 of pixels and 19.5:9 of aspect ratio. It comes powered by a Qualcomm Snapdragon 662 SoC that comes paired with up to 6GB of RAM and up to 128GB of internal storage. 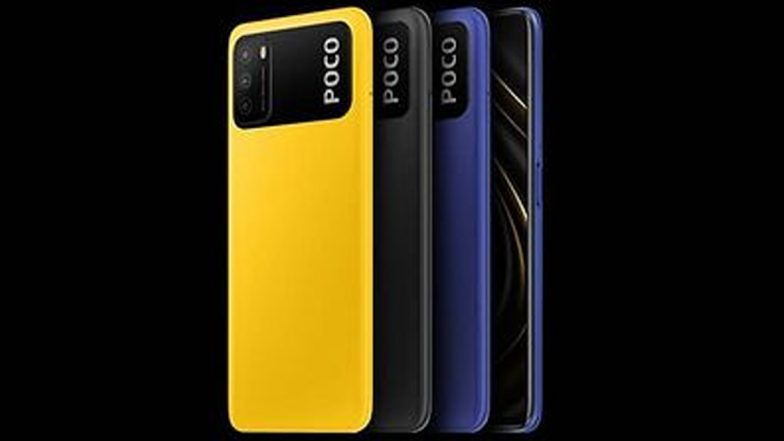 For photography, the handset gets a triple camera module. It consists of a 48MP of primary lens assisted by two 2MP macro and depth sensors. At the front, there is an 8MP front camera with an aperture of f/2.0. It gets a 6,000mAh battery with 18W charging with 22.5W charger, MIUI 12 based on Android 10 and more.

(The above story first appeared on LatestLY on Jan 21, 2021 10:04 PM IST. For more news and updates on politics, world, sports, entertainment and lifestyle, log on to our website latestly.com).