Realme 9 Pro+ smartphone has been confirmed to feature a MediaTek Dimensity 920 processor. The company has teased the device with the chipset and claimed it to be one of the world-first smartphones with a Dimensity 920 chipset. 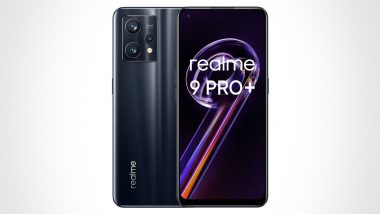 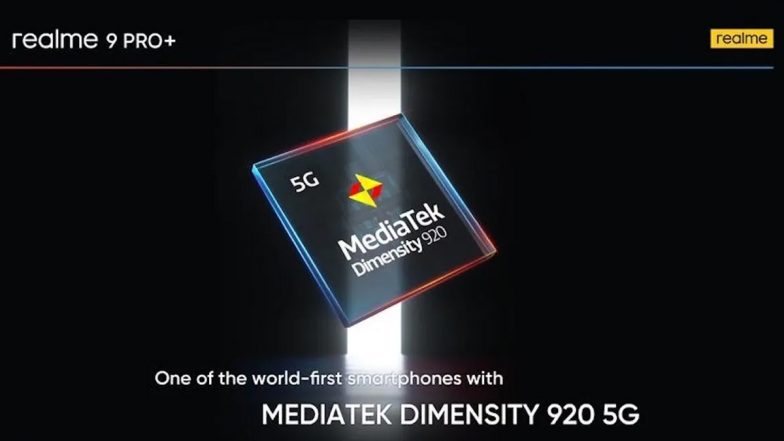 Realme CEO Madhav Sheth had confirmed that the Realme 9 Pro Series price in India will be above Rs 15,000 and both models will get 5G support. In terms of specifications, Realme 9 Pro+ is likely to feature a fullscreen AMOLED punch-hole display with narrow bezels, a triple rear camera setup comprising a 50MP primary camera, an 8MP secondary snapper and a 2MP snapper.

It is likely to be offered with up to 8GB of RAM and 256GB of internal storage. Realme 9 Pro+ is rumoured to pack a 4,500mAh battery with 65W fast charging support. Apart from this, nothing more is known. We expect the company to release a few more teasers before its launch.

(The above story first appeared on LatestLY on Jan 27, 2022 11:12 AM IST. For more news and updates on politics, world, sports, entertainment and lifestyle, log on to our website latestly.com).