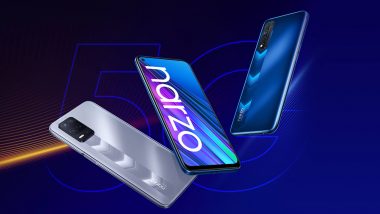 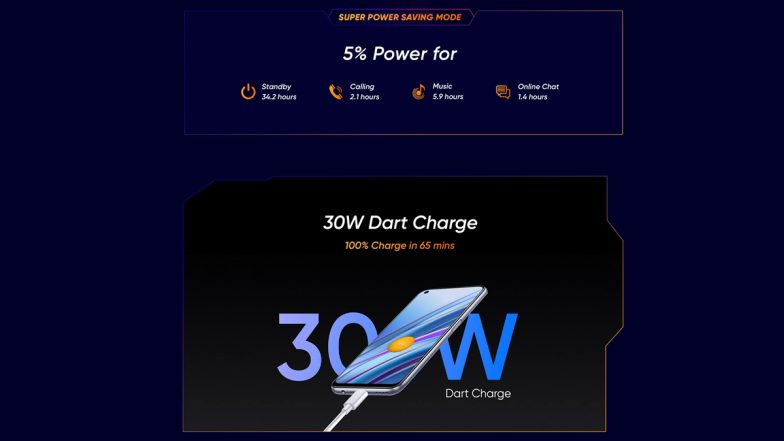 Realme Narzo 30 & Narzo 30 5G were launched in Malaysia and Europe repectively last month and the Indian model is likely to carry similar specifications as them.

The #Narzobyrealme series is all about unleashing your inner Young Player.

Narzo 30 features a 6.5-inch FHD+ display with a resolution of 2400x1080 pixels and a refresh rate of 90Hz. The handset will come powered by a MediaTek Helio G95 chipset coupled with 6GB RAM and 128Gb of internal storage. 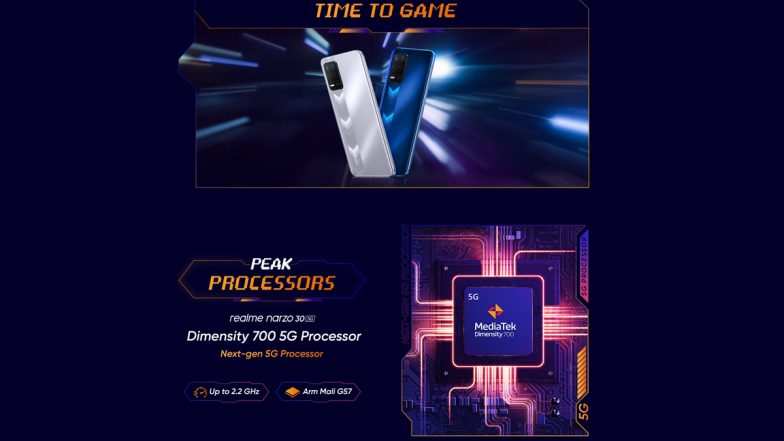 The #realmeNarzo30 and #realmeNarzo305G are coming to #UnleashPeakPerformance. Fasten your seatbelts as you are about to feel the full force of powerful features and an unparalleled gaming experience.

For optics, it will come equipped with a triple rear camera setup comprising a 48MP main camera, a 2MP macro shooter and a 2MP mono lens. At the front, there will be a 16MP Sony IMX471 snapper. The device will come packed with a 5,000mAh battery with 30W Dart charging support. As per the Realme India website teaser, Narzo 30 can be charged 100 percent in 65 minutes. 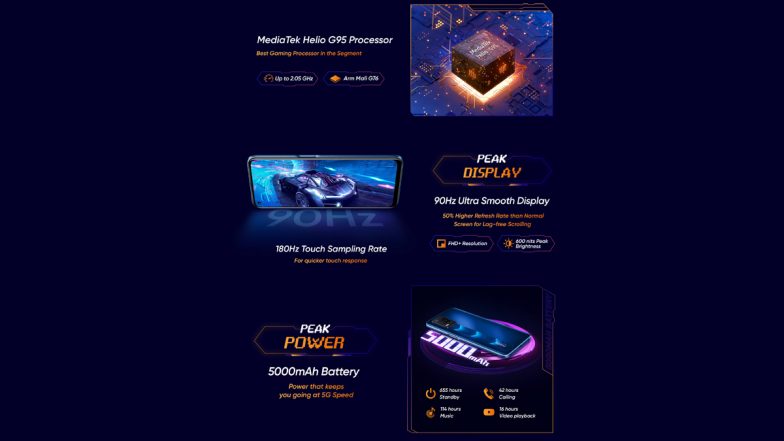 (The above story first appeared on LatestLY on Jun 17, 2021 05:20 PM IST. For more news and updates on politics, world, sports, entertainment and lifestyle, log on to our website latestly.com).