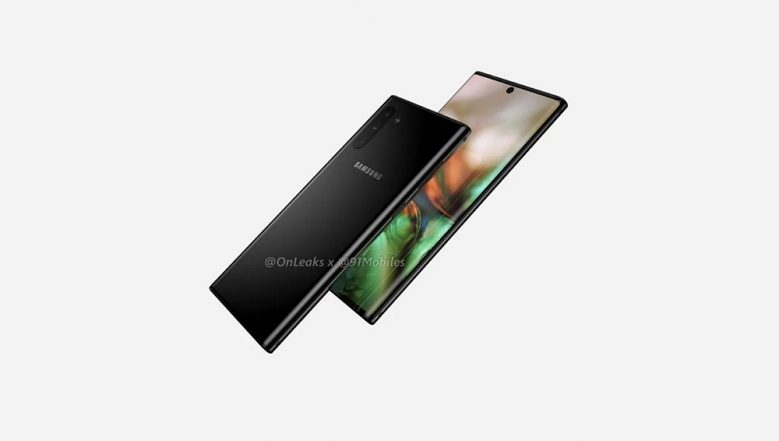 Seoul June 19: South Korean tech giant Samsung is reportedly planning to unleash its next generation Galaxy Note 10 on August 7 in Barclays Centre in the New York City borough of Brooklyn, USA. According to people familiar with the company's plans, the venue is the same place where they launched the Note 9 smartphone last year, news website CNET reported late on Tuesday. Samsung Galaxy Fold Launch Extended Beyond July.

At the upcoming event, the firm is expected to announce not just a Galaxy Note 10 but also a Note 10 Pro model, one of which would be 5G and neither of which will have a 3.5 mm headphone jack.

Galaxy Note 10 is said to offer a 6.4-inch Dynamic AMOLED display while the Note 10 Pro will sport a bigger 6.7-inch screen.

Like the Galaxy S10-series, both the phones are also expected to come with a hole punch display. In addition, the upcoming smartphones would feature an updated Exynos 9825 chipset that could be based on a 7 nm process.