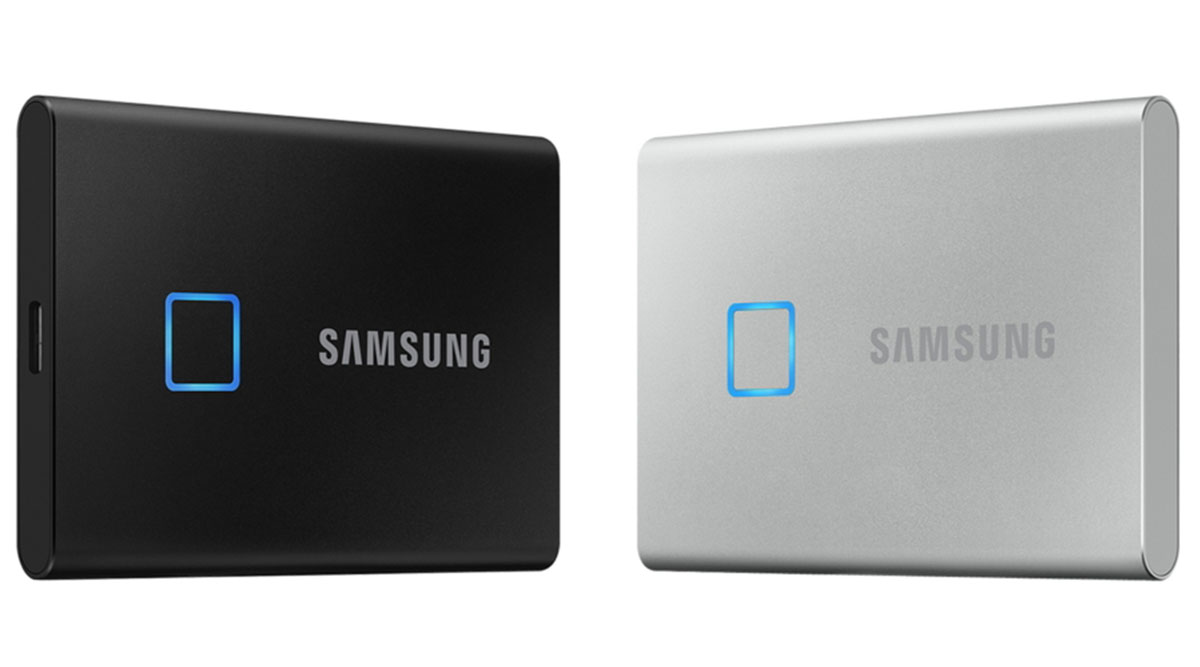 Las Vegas, Jan 9: South Korean tech giant Samsung on Thursday unveiled its latest external storage device - the Portable Solid State Drive (SSD) T7 Touch with an additional hardware security measure in the form of a built-in fingerprint sensor at CES 2020. "Consumers who are constantly on the go between work, play and passion projects want to be able to securely carry their content with them. Now their data is secure thanks to the fingerprint recognition functionality incorporated into the product, which delivers industry-leading transfer speeds in a compact form factor," Dr. Mike Mang, Vice President of Brand Product Biz Team, Memory Business at Samsung Electronics said in a statement. Samsung Sold Four Lakh Galaxy Fold Smartphones Last Year.

According to the company, with a read speed of 1,050MB/s and a write speed of 1,000MB/s3, T7 is approximately twice as fast as its predecessor, the T5, and up to 9.5 times faster than external HDDs4. Moreover, the device can reach its maximum speed when used with the NVMe interface. It also features a ï¿½Motion LED', which allows the user to determine the status of the device simply with a single glance. Samsung Galaxy Fold 2 Likely To Be Powered By Snapdrgon 855 Chipset; Slated To Launch on February 11 Along With Galaxy S11

Available in a black and silver finish, the T7 Touch is offered in 500GB, 1TB and 2TB sizes, making it suitable for a wide range of use cases. The drive comes with a USB Type-C-to-C cable and a USB Type-C-to-A cable, and is compatible with Windows, Mac and Android operating systems. The T7 Touch also includes a three-year limited warranty with manufacturer's suggested retail prices (MSRP) of $129.99 for the 500GB, $229.99 for the 1TB and $399.99 for the 2TB.