When will the Beaver Moon grace the nightsky? Will the Penumbral Lunar eclipse 2020 be visible at the night sky? In this article, we bring you everything you should know about tonight’s celestial event. 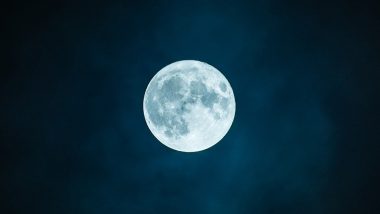 The time has finally arrived. People across the world will look up to the sky for a full moon and lunar eclipse, gracing the sky tonight November 30, 2020. The only difference that not everyone will be able to witness tonight’s lunar eclipse which is this year’s last lunar eclipse. The November moon got its name for the time of year when beavers scurry to their shelters ahead of the winter. The full Moon will light up the night sky, and it will undergo a penumbral lunar eclipse—when the Moon turns a shade darker. The auspicious occurrence of full Moon, called Kartik Purnima in India is a beautiful celestial event no one should miss. But will you be able to watch the Beaver Moon? What about the Penumbral Lunar Eclipse? In this article, we bring you everything you should know about tonight’s celestial event.

Why Beaver Moon? Each full moon names has its origins to the native indigenous tribes who used the lunar phases to understand the weather changes. According to Farmer’s Almanac, the Beaver Moon got its name from the beaver animals. During this time of the year, they began to take shelter in their lodges, having laid up enough stores of food for the long winter ahead. Again, Beaver Moon is also called ‘Frost Moon’ or ‘Freezing Moon’ and ‘Digging Moon.’

The Beaver Moon has lit up the night sky since Saturday, November 28 and it will continue to be seen until tomorrow morning, December 1. However, tonight, it will be visible at its fullest. The celestial event is auspicious to many people across India, as Hindus observe Kartik Purnima on Full Moon day. Spectators in North and South America, Europe, Australia and a few parts of Asia will be able to catch a glimpse of the celestial event. Beaver Moon 2020 will be at its full peak at 14:59 IST on November 30.

November full moon will then form a penumbral lunar eclipse, during which, the Moon passes through the Earth’s outer shadow, called the penumbra and misses the darker inner shadow, which is called the umbra. This phenomenon makes the appearance of the Moon very faint. As it glides through the planet’s penumbra, around 83 percent of the Moon will appear to lose its brightness for a few hours. November's lunar eclipse is called the Upachaya Chandra Grahan. The penumbral lunar eclipse 2020 will start at 1:04 PM IST and end at 5:22 PM IST. Skywatchers in India will not be able to see the last lunar eclipse of the year, as the Moon will be below the horizon here.

(The above story first appeared on LatestLY on Nov 30, 2020 10:24 AM IST. For more news and updates on politics, world, sports, entertainment and lifestyle, log on to our website latestly.com).