Lunar Eclipse 2020: When Will the Penumbral Lunar Eclipse Occur? What Is Upachaya Chandra Grahan? Can You See the Eclipse in India? FAQs About the Last Lunar Eclipse of This Year Answered 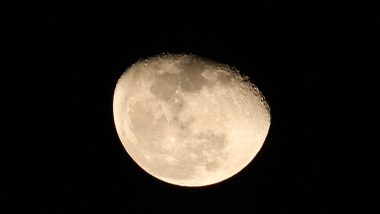 The year 2020 has given us a lot of celestial events—a great escape from the pandemic-induced silence for the skygazers and also everyone else. Whether you are an admirer of cosmic occurrences or not, so many events at the sky have indeed given all of us an astounding nature’s show. As the year has almost come to an end, it is time for the last lunar eclipse of 2020. Penumbral lunar eclipse 2020 is on November 30, and there is a lot you should know about the eclipse. Also called Upachaya Chandra Grahan, the celestial event falls on the auspicious occasion of Kartik Purnima. When will the penumbral lunar eclipse occur? What is Upachaya Chandra Grahan? Can you see the eclipse? In this article, we bring you all the Frequently Asked Questions (FAQs) and its answers.

What is Penumbral Lunar Eclipse?

A lunar eclipse is a celestial event which takes place as the Earth comes between the Sun and the Moon. The Earth’s shadow restricts or blocks some or all of the Sun’s light from reaching the Moon during the event. A penumbral lunar eclipse occurs when the Earth partially blocks the light of the Sun to reach directly to the Moon. The outer shadow of the Earth, called penumbra, is cast on the Moon.

What is Upachaya Chandra Grahan?

In India, Penumbral Lunar Eclipse is called Upachaya Chandra Grahan. It occurs when the Sun, Moon and Earth are perfectly aligned. The Earth blocks the Sun rays from falling on the Moon, and casts an impression on its outer shadow.

When Will the Penumbral Lunar Eclipse Occur?

The Penumbral Lunar Eclipse will occur on November 30. In India, the day coincides with Kartik Purnima. The Grahan will begin at 1:04 pm and end at 5:22 pm. The eclipse will be at its peak at 3:13 pm.

Can You See the Eclipse in India?

According to Timeanddate.com, many parts of Europe, Asia, Australia, North America, South America, Pacific and Atlantic will witness the last penumbra lunar eclipse of the year. The visibility will depend on the weather conditions. However, it will not be visible in India as it will be below the horizon. Besides, unlike a total or partial eclipse, a penumbral eclipse is hard to detect even on a dark, clear night. At most a penumbral eclipse could result in some shading, with perhaps a little extra darkening at the points where the Moon is closest to Earth’s full shadow.

These are some of the things you should know about the upcoming celestial event. This, we have witnessed three lunar eclipses, and all of them were penumbral. After November 30, only one celestial eclipse will remain, and that is on December 14, a solar eclipse.

(The above story first appeared on LatestLY on Nov 26, 2020 12:59 PM IST. For more news and updates on politics, world, sports, entertainment and lifestyle, log on to our website latestly.com).