Working USB Found From Seal's Poop! Scientists From New Zealand are Looking For its Owner 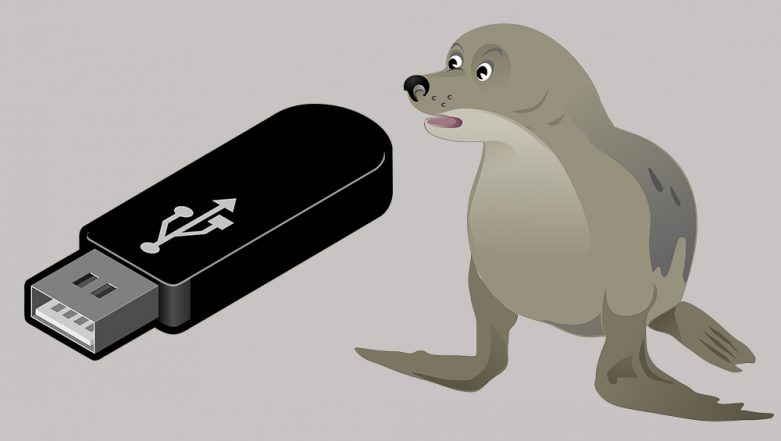 Plastic waste has entered the oceans and has claimed so many marine lives already. Microplastics have been found in the farthest of water bodies and it is unfortunate that our plastic waste has entered the stomachs of so many marine animals. One more shocking incident has come up, wherein scientists in New Zealand have found a USB device from a seal's poop. A pair of researchers who were analyzing the excrement samples found a USB stick and it is in a working condition. Female Seal With Plastic Net Around its Neck at Norfolk Coast Spotted, Heartbreaking Pic Goes Viral.

Researchers from the National Institute of Water and Atmospheric Research (NIWA) found this USB. But other than making the bizarre finding, it is really scary to have such objects entering the food chain of Antartica animals. The researchers kept the USB for drying and tested it a couple of weeks later. They found the photos of the user on this memory drive. One of the photos shows a sea lion rolling in the sand on a beach. There is also another video which shows a kayak following a seal along with her pup. The team is looking for the owner of this USB now. Seal Pup With Umbilical Cord Still Attached Rests on a Plastic Bottle in UK Beach; View Pic.

Recognise this video? Scientists analysing the scat of leopard seals have come across an unexpected discovery – a USB stick full of photos & still in working order! https://t.co/2SZVkm5az4 pic.twitter.com/JLEC8vuHH0

The team has also posted these photos on their Facebook page on the lookout for the owner. They also have a catch if one has to get the USB back. If the owner does come back, they will also have to get some seal scat with them. No one has come forward yet to claim the device.