Twitter Down Once Again: Users Unable to Sign In, Retrieve Tweets and Check New Posts on Timelines

An error message on Twitter said, “Something went wrong. Try again.” Twitter users are able to post from various devices and platforms including the iOS, Android, Blackberry and via any web browser. 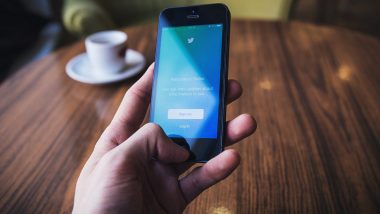 New Delhi, April 17: Twitter faced outage several times on Saturday, causing inconvenience to millions of users across the globe. Users were not able to sign in, post tweets for a brief time during the day. Several users also complained that they faced inconvenience as they were unable to access the micro-blogging website, check their timelines, or retweet. An error message on Twitter said, “Something went wrong. Try again.”

On Twitter, users are able to post from various devices and platforms including the iOS, Android, Blackberry and via any web browser. Due to the outage, many users were not able to tweet, check timelines while a majority of them could not log in or use the app. However, Tweetdeck worked for some users even though the app was down.

Earlier in the day, Twitter Inc said that some of its users may be facing issues since 6 pm EST. "Tweets may not be loading for some of you. We're working on fixing a problem and you'll be back on the timeline soon," said the social media company said in a tweet. According to Downdetector.com, the outage monitoring website, some 40,000 users reported issues with the social media platform.

A close look at DownDetector, the website that keeps an eye on various online services, users in India reported of problems on Twitter around 5.45 am and spiked just before 6 am IST, then again around 12,30 PM and again around 6 PM on Saturday. More than 959 people had reported issues as of 6 pm, according to DownDetector.

(The above story first appeared on LatestLY on Apr 17, 2021 06:27 PM IST. For more news and updates on politics, world, sports, entertainment and lifestyle, log on to our website latestly.com).