Verizon Media on Monday announced it has sold its AOL and Yahoo properties to Apollo Global Management in a deal worth $5 billion. Apollo is a private equity firm that owns the Venetian resort in Las Vegas and crafts retailer Michaels. 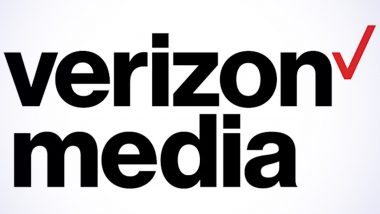 New York: Verizon Media on Monday announced it has sold its AOL and Yahoo properties to Apollo Global Management in a deal worth $5 billion. Verizon will retain a 10 per cent stake in the company, which will be known as Yahoo at the close of the transaction and continue to be led by CEO Guru Gowrappan. Yahoo Answers Shutting Down Forever on May 4.

Under the terms of the agreement, Verizon will receive $4.25 billion in cash, preferred interests of $750 million and retain a 10 per cent stake in Verizon Media. The transaction is expected to close in the second half of 2021, the company said in a statement.

"With Apollo's sector expertise and strategic insight, Yahoo will be well positioned to capitalize on market opportunities, media and transaction experience and continue to grow our full stack digital advertising platform," said Gowrappan.

"We have enormous respect and admiration for the great work and progress that the entire organization has made over the last several years, and we look forward to working with Guru, his talented team, and our partners at Verizon to accelerate Yahoo's growth in its next chapter," said Reed Rayman, Private Equity Partner at Apollo.

"Verizon Media has done an incredible job turning the business around over the past two and a half years and the growth potential is enormous," said Hans Vestberg, CEO, Verizon.

Verizon Media owns iconic brands such as Yahoo and AOL, as well as leading ad tech and media platform businesses. The corporate carve out will allow Verizon Media to aggressively pursue growth areas and stands to benefit its employees, advertisers, publishing partners and nearly 900 million monthly active users worldwide. Apollo is a private equity firm that owns the Venetian resort in Las Vegas and crafts retailer Michaels. Verizon Media originally paid $4.4 billion for AOL in 2015 and another $4.5 billion for Yahoo two years later.

(The above story first appeared on LatestLY on May 04, 2021 08:37 AM IST. For more news and updates on politics, world, sports, entertainment and lifestyle, log on to our website latestly.com).