Xiaomi Redmi X (Realme X Rival) Smartphone To Be Launched on May 14; Might Come To India as Poco F2 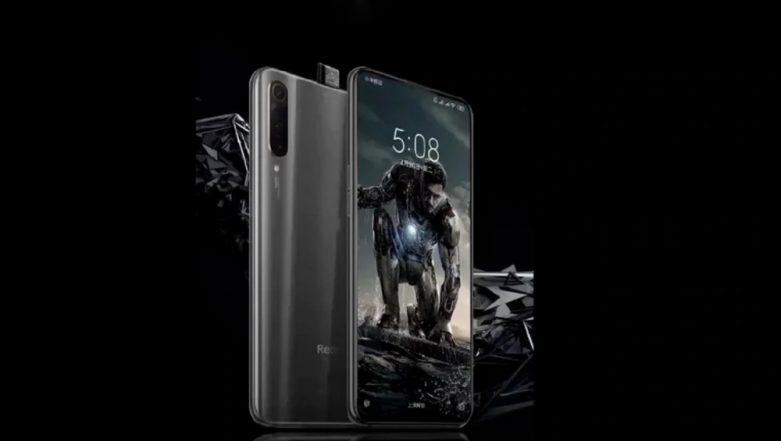 The rivalry between Xiaomi and Realme seems to intensify further as both phone makers are planning to launch their respective flagships this month. As per the market reports, Xiaomi is gearing up to launch Redmi X whereas Realme will be eyeing to introduce Realme X. In a latest development, the phone maker has confirmed the launch date of Redmi X in the China market. According to a leaked post on Weibo, Xiaomi will be launching the Redmi X flagship phone on May 14. Xiaomi Poco F1 India Prices Slashed By Rs 2,000; 6GB & 128GB Storage Variant Now Priced At Rs 20,999.

It is speculated that the Redmi X phone initially will be launched in the China market, followed by other markets. However, there is no official reports claiming that the Redmi X will be introduced in the Indian market. But, there are several rumours that suggest Redmi X will be rebranded for the Indian market and could be introduced as Poco F2 in the domestic market. This is highly speculated for the fact that the phone maker has claimed that Redmi X will be the cheapest phone from Xiaomi to be packed with Snapdragon 855 chipset. Flipkart's Flipstart Days Sale: Celebrate Akshaya Tritiya 2019 With Big Discounts on Laptops, Speakers, Smart TVs & Accessories.

As a reminder, Poco F1 smartphone was launched in India last year in August, which was claimed to the cheapest smartphone to feature Snapdragon 845 SoC. It is believed that Xiaomi might be employing the same strategy for the upcoming Poco F2. So, it is safe to assume that Poco F2 will be the cheapest Snapdragon 855 device in the country. Though, there is no official confirmation regarding the same, it is requested that you take this detail with a pinch. Xiaomi's New Smartphone With Snapdragon 730 Under Works; Likely To Be Launched in India Soon.

Moreover, Redmi General Manager - Lu Weibing has officially confirmed major details about the forthcoming Redmi X flagship phone. If the rumours are to be believed, the phone will sport pop-up selfie camera along with a triple rear cameras. The introduction of pop-up selfie camera hints that there will be no notch on the display. A recently leaked poster of Redmi X also confirmed that the phone will be ditching the rear fingerprint sensor. The phone may be packed with in-display fingerprint sensor, 3.5mm headphone jack, wireless charging support and much more. Exact details and official details of the phone will be officially announced at the launch event. Google Pixel 3a, Pixel 3a XL Launching in India on May 8, 2019; Teased Online on Flipkart Ahead of Official Launch.

Xiaomi is looking to take on Realme X with its upcoming Redmi X, which is also expected to launch in China this month itself. Moreover, the Realme will also be launching the rebranded version of Realme 3 Pro. The market rumours claim that Realme 3 Pro will be launched as Realme X Lite. However, there are no official confirmation regarding the Realme X phone. Stay tuned to LatestLY for more details.