According to the NBC News, Dr Shi Zhengli has links with Chinese military scientists and "secret military activity" was going on at her lab. 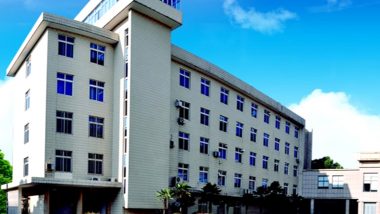 New Delhi, June 30: One of the theories about the possible origin of coronavirus (SARS-CoV-2), which causes COVID-19 infection, is that the Wuhan Institute of Virology created and accidentally released the deadly virus into the world. While Wuhan Institute of Virology head Dr Shi Zhengli, dubbed as bat woman, has rejected this theory, a news report from the US has claimed that she was involved in a "secret military programme" on coronaviruses. Wuhan Lab, Suspected of Leaking Coronavirus, Nominated for Top Science Award in China, 'Bat Woman' Dr Shi Zhengli Receives Special Mention.

Dr Zhengli, an expert in bat coronaviruses, has been accused of leading so-called "gain-of-function" (GOF) experiments in which scientists increase the strength of a virus to better study its effects on hosts. A section believes the SARS-CoV-2 virus accidently leaked from her lab. However, she denied the allegation. Coronavirus Is of Natural Origin, Not Invention of Man, Says Russian Vaccine Make

"How on earth can I offer up evidence for something where there is no evidence?" Dr Zhengli told the New York Times earlier this month. "I don’t know how the world has come to this, constantly pouring filth on an innocent scientist," she told the US daily. The first cases of the coronavirus had emerged in Wuhan in late 2019.

Meanwhile, the Chinese Academy of Sciences has nominated the Wuhan Institute of Virology for its 2021 Outstanding Science and Technology Achievement Prize. The lab has been nominated for the award for completing "the most comprehensive and systematic identification research on the aetiology of COVID-19".

(The above story first appeared on LatestLY on Jun 30, 2021 05:16 PM IST. For more news and updates on politics, world, sports, entertainment and lifestyle, log on to our website latestly.com).