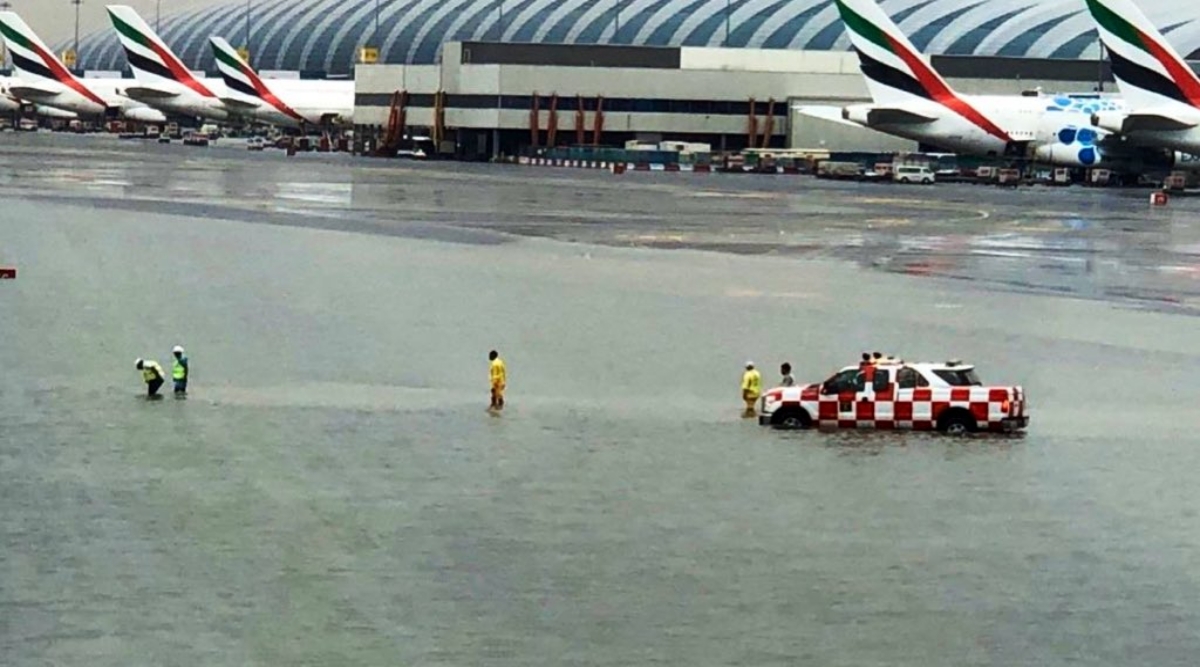 Dubai, January 13: Torrential rains have triggered flooding in Dubai, submerging houses and vehicles on roads and trapping several people inside their houses for the last three days. Dubai Police have rescued an Emirati woman and an Asian man after they were stranded on flooded roads in the emirate in two separate incidents, the Gulf News reported.

The woman was rescued from the tunnel near Festival City after her vehicle had broken down. The woman had to be rescued through the window as the car's door was stuck and wouldn't open. UAE Lashed by Heavy Rains and Hails Due to Cloud Seeding, View Pics and Videos of Waterlogged Streets.

In another incident, an Asian man was rescued after his vehicle was stranded on a flooded road in Dubai International City, the daily said. An Indian woman, Asha Manoharan, who lives in the International City, said she has been trapped inside her house since Friday because of the heavy flooding in her locality.

“I went shopping at Dragon Mart. I returned home late Friday evening. After that, I have not stepped out of the house at all,” she told the Gulf News.

She said her car has been stuck in deep water since Friday evening.

Massive rains splashed across the entire city of Dubai during the last three days and many parts of the city were flooded deep in water. Other cities like Abu Dhabi and Sharjah are also experiencing heavy downpour.