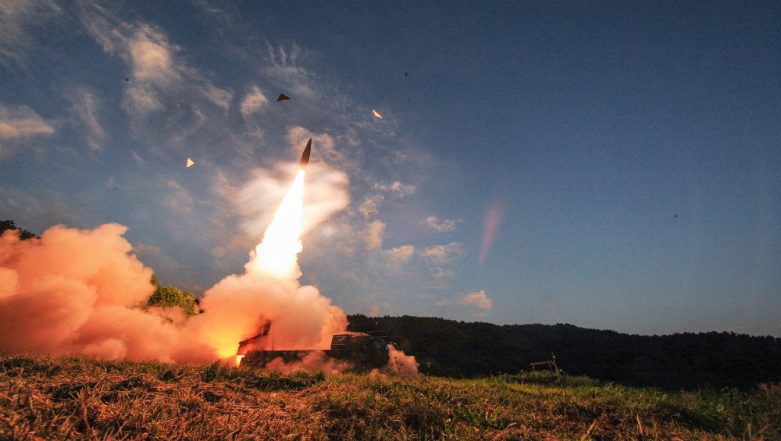 Tehran, October 1: Iran's Revolutionary Guard Corps announced targeting "terrorists'" bases in Syria with missiles and drones on Monday in response to a deadly attack on a military parade last month.

In the operation, which targeted an area in the east of the Euphrates river in Syria, the Revolutionary Guard Corps used six mid-range missiles and seven drones, according to a statement cited by the BBC.

"A big number of the terrorists were killed or injured in the attack," said the statement posted on Revolutionary Guards' Sepah News website. Iran's action came in response to the September 22 terror attack on its military parade in Ahvaz city, in which 25 people were killed and dozens were injured. Baghdad 'Astonished' by Report of Iran Moving Missiles to Iraq.

Al-Ahvazieh, an Iranian Arab-affiliated separatist group, had claimed responsibility for the September strike. The Iranian officials later blamed the US and its regional allies for the Ahvaz attack. Iran has supported President Bashar al-Assad in Syria's civil war, sending hundreds of troops and backing pro-Syrian government militias.