The business community in Pakistan has urged the government to immediately put a ban on the import of luxury goods as the country is facing an economic crisis. 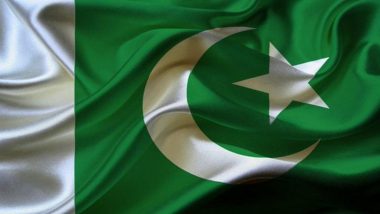 Islamabad, May 18: The business community in Pakistan has urged the government to immediately put a ban on the import of luxury goods as the country is facing an economic crisis.

"It is devastating that Pakistan has been consistently facing trade deficit since 2003," Suttar said. "Immediate action and implementation of strict policies to control the situation is the need of the hour."

"It will help to a certain extent but this should be the starting point," he was quoted as saying by The Express Tribune.

He pointed out that during July-March 2021-22, the completely knocked down (CKD) motor vehicle imports stood at $1.3 billion, while completely built unit (CBU) imports touched $240 million.

"If we just stop this, it will not only boost our local automobile industry but also reduce the impact on current account deficit (CAD) by around $1.5 billion," he calculated.

Contrary to that, some experts were of the view that avoiding imports would be very difficult for Pakistan.

Pakistan Business Council (PBC) Chief Executive Officer Ehsan Malik underlined that most of the "imports are unavoidable at least in the short run, such as fuel, food, machinery, chemicals, medicines".

"Others are materials necessary for domestic manufacturing and exports, like cotton and man-made fibres. That leaves a small portion of around 5% where import restrictions can work without hurting the economy," he underlined.

The curbs could range from high duty to outright ban, he said.

"High duty will have limited effect as demand for these items is not elastic and will not diminish even with high rates of duty."

AHL Head of Research Tahir Abbas was of the view that the country needed to impose financial emergency to curb non-essential imports, particularly the luxury goods, to save foreign exchange reserves, The Express Tribune reported.

Also, the government should allow four working days and one work-from-home day, as compared to five to six working days in order to curb petroleum demand and imports, he said, adding that market timings across the country should be revised from 8 a.m. to 6 p.m. in order to save electricity,

(The above story first appeared on LatestLY on May 18, 2022 04:25 PM IST. For more news and updates on politics, world, sports, entertainment and lifestyle, log on to our website latestly.com).