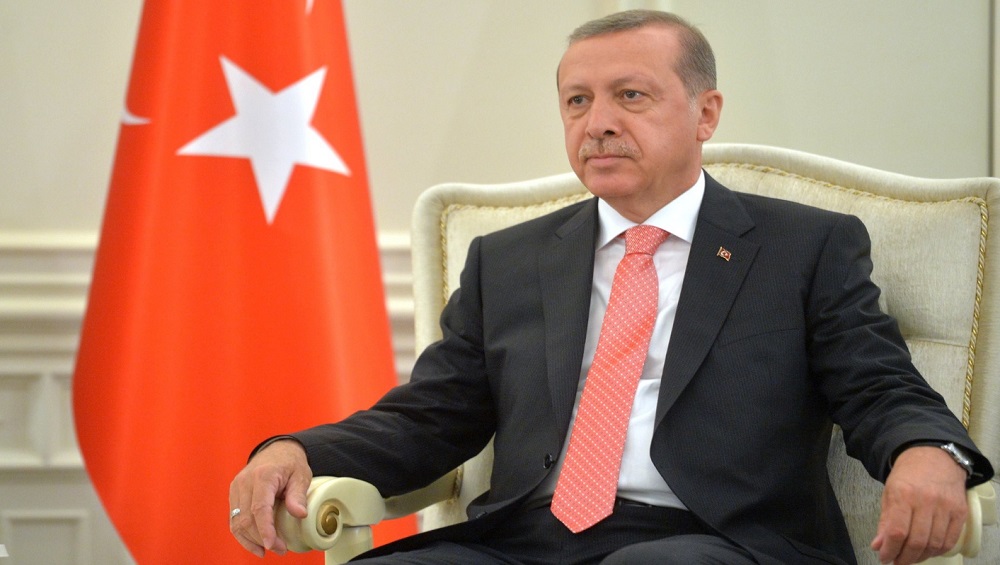 Ankara, January 19: Turkish President Recep Tayyip Erdogan called on the international community to stand against “the merchants of blood and chaos” as he headed Sunday to a Berlin summit seeking to resolve the Libya conflict.

Erdogan supports the U.N.-backed administration in Tripoli led by Fayez Sarraj and sent troops to Libya earlier this month to help them in their battle with eastern-based forces led by Gen. Khalifa Hifter.

He will join leaders from Russia, the West and Arab countries, as well as the heads of the opposing Libyan factions, in the German capital in a bid to halt nine months of fighting around the Libyan capital of Tripoli. Europe Will Face Terror Threat if Tripoli Government Falls, Says Recep Tayyip Erdogan.

He added: “Hopes that flourish again with the cease-fire and the Berlin summit should not be sacrificed to the ambitions of the merchants of blood and chaos.”

A truce sponsored by Turkey and Russia was imposed a week ago but sporadic fighting has continued. On Friday, tribal groups loyal to Hifter seized several large oil export terminals along Libya's eastern coast as well as southern oil fields in another challenge to the Tripoli government, Germany is bringing together key players in Libya's long-running conflict in a bid to curb foreign military meddling, solidify the cease-fire and help relaunch a political process to determine Libya's future.

Serraj's government is backed by Turkey, Qatar and Italy while Hifter is supported by Egypt, the United Arab Emirates, Saudi Arabia and France. Russian military contractors have been fighting alongside Hifter's forces, although Moscow retains links to both sides in the conflict.