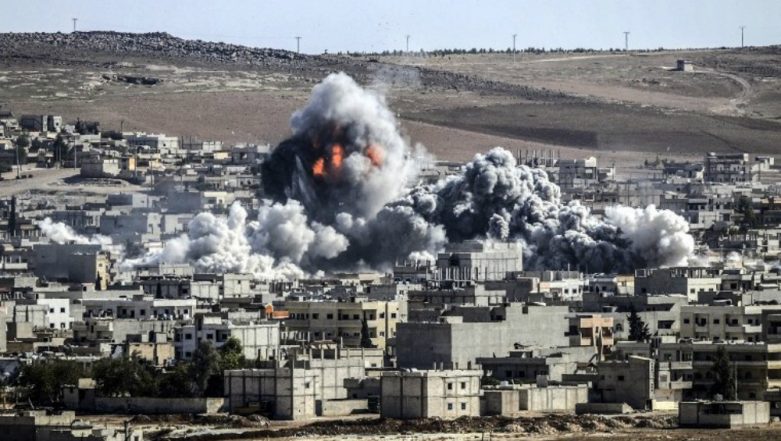 Kabul, May 6: As many as 150 Taliban and 30 civilians were killed in airstrikes by the US and Afghan forces on the militant group's drug labs in western Afghanistan, officials said on Monday.

Security forces bombed dozens of drug labs run by the militant group in the Bakwa district of Farah province. Militants were processing opium and crystal meth there, it said and added the Taliban were earning $1 million in revenue a day from these drug laboratories.

The operation was carried out on the basis of "accurate and exact coordinates and information of the intelligence with the air support from the foreign forces," it said.

NATO and US forces' authorities in Kabul refused to comment on the operation.

Abdul Ghafoor Mujahid, Governor of Bakwa, however, said there were civilian casualties as well in the operation against drug labs. "All strikes hit the intended targets. But besides Taliban, over 30 civilians were also killed. Among them were six members of a family whose house was located close to a drug lab," Mujahid told Efe news.

Most civilians killed in the operation were working as daily wage labourers in Taliban drug factories and were not members or fighters of the militant group, he said. Taliban spokesman Qari Yusuf Ahmadi, however, claimed "51 civilians were martyred and 26 injured in airstrikes of the US invaders and their puppets".