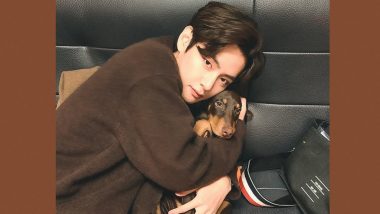 The celebrity also showed off his music power by recently listing his solo and self-produced songs from the second to sixth places on Japan's Top 100 chart of the global streaming platform Deezer' Other members of the iconic group are RM, Jin, Suga, J-Hope, Jimin, and Jungkook.