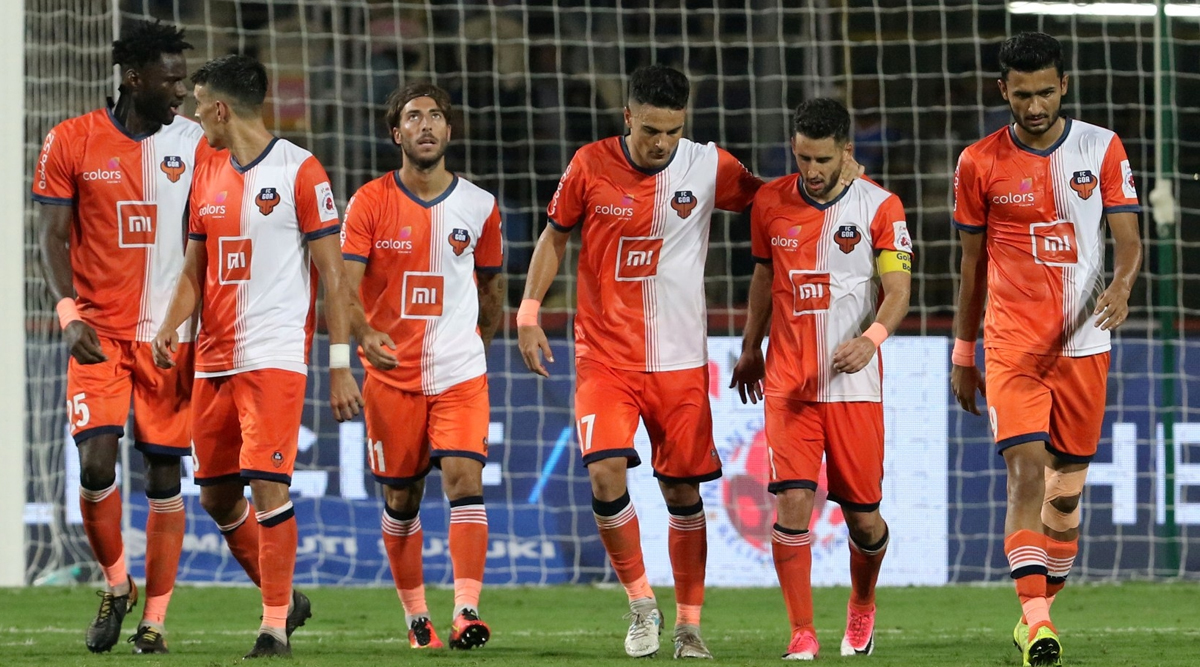 Margao, December 14: FC Goa beat ATK 2-1 in an entertaining match to go on top of Indian Super League points table here on Saturday. After a barren first-half, the game saw three goals in six minutes after the break which ultimately settled the match in favour of the home side. Mourtada Fall (60th) headed in the opener for FC Goa but ATK equalised through Jobby Justin (64th). Ferran Corominas (66th) made an impact at the other end two minutes later to restore his side's advantage. With 15 points from eight matches, Sergio Lobera's team displaced ATK at the top of the table. Antonio Habas' men are second with 14 points. Indian Super League 2019–20 Points Table Updated: FC Goa Replace ATK at Top of Team Standings After Defeating Them 2–1.

Ahmed Jahouh and Lenny Rodrigues controlled the midfield and forced ATK inside their own half. However, neither team was able to carve out clear-cut chances. David Williams charged at the FC Goa defence just before the break, in an attempt to create something for his team. Seriton Fernandes' firm challenge prevented the forward from getting a shot away quickly before Carlos Pena came around to clear the danger. FC Goa were finally rewarded from a set-piece at the hour-mark. Brandon Fernandes picked up his fifth assist of the season by delivering an excellent free-kick towards the far post from the right flank. Mourtada Fall outmuscled Augustin Garcia to head the ball into the net to put FC Goa ahead.

Jobby Justin's maiden ISL goal turned out to be ATK's equliser. Sehnaj Singh fed Roy Krishna into the box but Fall slid in with a brilliant tackle to take the ball off the striker. A minute after coming on, Jobby was at the right place at the right time to tap home the rebound. The game opened up after the deadlock was broken and FC Goa regained their lead immediately. From a quick counter, Boumous played a clever ball across the goal from the right for Ferran Corominas who guided it in at the near post to make an impact on his return from injury. FC Goa's composure on the ball stopped ATK from getting back into the game and the home crowd had plenty of reasons to celebrate when the scoreline remained unchanged at the full-time whistle.