It is examining all aspects of the current system of excise duty administration and will go through the report of the expert committee and the suggestions received from stakeholders and the public. 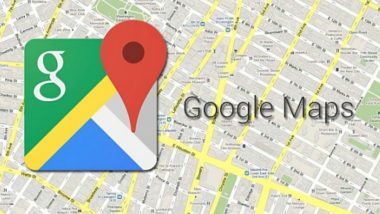 New Delhi, March 1: The Delhi Excise Department has directed owners of clubs, restaurants and hotels in the city to share the location of their establishments using Google Maps, a move aimed at preparing a digital database, officials said on Monday.

The department said non-compliance of its directions will be viewed seriously. There are over 1,000 hotels, clubs and restro-bars in the national capital with excise licences to serve liquor to their customers. Google Maps Gone Wrong? 34-Year-Old Driver Allegedly Following Google Maps' Directions Drowns Fortuner into a Dam in Maharashtra's Akole, Dies.

In a written communication, the department has asked the establishments to send information relating to their location using longitude and latitude. An official said the move will also help to know geographic locations of such establishments in a particular area.

"It is digitally easy to find location of clubs, hotels and restaurants in a particular area. If we have a digital database, we can take decisions accordingly. Such database can also be utilised for excise policy in the coming months," the official told PTI, adding that the move is part of excise reforms.

Another official said there are some areas which have sufficient number of clubs and restaurants, but there are also other areas where such establishments are not in good numbers.

Last month, the government had constituted a Group of Ministers (GoM) under Deputy Chief Minister Manish Sisodia to examine the current system of excise duty administration and the recommendations of an expert committee on a new excise policy.

Health Minister Satyendar Jain and Law Minister Kailash Gahlot are part of the GoM. It is examining all aspects of the current system of excise duty administration and will go through the report of the expert committee and the suggestions received from stakeholders and the public.

Last week, the department had warned clubs, hotels and restaurants of strict action if they are found serving alcohol to customers from liquor bottles not bearing 2D bar-codes.