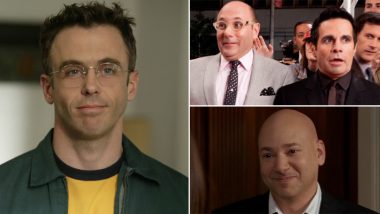 Four more familiar faces are joining HBO Max's Sex and the City revival. Mario Cantone, David Eigenberg, Willie Garson and Evan Handler are officially set to reprise their roles in the upcoming revival series. As per People magazine, the streaming service announced on Wednesday that Cantone, Eigenberg, Garson, and Handler are all reprising their roles in the forthcoming series 'And Just Like That'. Chris Noth To Reprise His Role of Mr Big in ‘Sex and the City’ Revival on HBO Max.

"Everyone at And Just Like That... is thrilled to be able to continue the storylines of these beloved Sex and the City characters with the actors who made them so lovable," Executive Producer Michael Patrick King said in a statement. 'Grey's Anatomy' alum Sara Ramirez was confirmed as a newcomer in May. Ramirez's character, Che Diaz, is a non-binary, queer standup comedian who hosts a popular podcast that Carrie Bradshaw appears on frequently.

Parker, Nixon, and Davis announced the 'Sex and the City' revival series on Instagram in January with a teaser trailer.

The series comes after the former HBO show ended in 2004 after six seasons and two subsequent movies, the last of which hit theatres in 2010. Kim Cattrall, who previously played Samantha Jones, is not returning for 'And Just Like That'. Addressing Cattrall's absence from the upcoming series, 'Sex and the City' author Candace Bushnell said that the show will work "fine" without the actor. "Kim is a grown woman. She is 64 and she's made a decision that I'm sure she has 10 very good reasons for and I respect her for that," she told Page Six in January.

She added, "I also think it will be interesting. But I also know there's a lot of interesting characters like [Cynthia's] Miranda. We are all Mirandas. Miranda is an interesting character - but I don't know what they're gonna do." Bushnell continued, "Kim should be happy - and I think she is happy. I think that her character Samantha is always going to be an inspiration to them. So somehow, I imagine she'll be there in spirit and as an inspiration that gives them a chance of exploring sexuality with different characters."

Cattrall's on-screen boyfriend Jason Lewis (a.k.a. Smith Jerrod) confirmed that he will not be part of the series. "I have not [been approached], but I would be the last to know," he told the Daily Front Row in April. "As much as I appreciate the flattery, the conversation is about the girls." John Corbett, who played Carrie's former on-screen beau Aidan, told Page Six in April that he's "going to do the show," but HBO has yet to officially comment on the matter.

Executive producing 'And Just Like That' are Parker, Davis, Nixon, Julie Rottenberg, Elisa Zuritsky, John Melfi and King. The writers' room includes King, Samantha Irby, Rachna Fruchbom, Keli Goff, Rottenberg and Zuritsky. 'Sex and the City' was created by Darren Star and followed a group of friends in New York City. Over 94 episodes, the show revolutionized how women's friendships -- and women's sexuality -- are represented in popular culture. No release date for the show has been announced yet.