xHumanity – A Better Way of Living

As societies and human networks are growing, people are increasingly turning to digital networks for direct and far more functional ways of finding and disseminating information. Inevitably, online social networks are becoming larger and more complex as well. 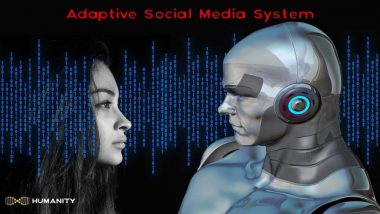 As societies and human networks are growing, people are increasingly turning to digital networks for direct and far more functional ways of finding and disseminating information. Inevitably, online social networks are becoming larger and more complex as well. In such networks, trust in the medium and the dissemination of information and content must inevitably rely more and more on technologically-assisted means.

As a social platform, xHumanity seeks to set up communities which are not based on individualism. These groups can then define their own limits and areas of operation and development as much as they want without being conditioned, not even by age. Each user’s reactions and relationships are measured and translated into quantifiable social reputation.

xHumanity intends to disrupt the present-day social networking space using the power of blockchain technology. With the entry of xHumanity, social media users can now freely air their views, interact with their followers, disagree and reconcile.

xHumanity – the future of social economy

xCRED tokens provide access to financial services such as staking, farming, borrowing and lending, under much more advantageous conditions for xHumanity users than for those who are not part of the application. The implementation of UBI (Universal Basic Income) will bring guaranteed annual benefits such as xDNA tokens for the app users.

The link between social involvement in the application and financial services will be established with the help of xCRED-xDNA pools. Therefore, financial services in the fiat world will become available to the crypto world. Essentially, in order to access a loan from a bank it will be enough to have a very good fingerprint and some collateral cash in xDNA tokens.

From beginning to end, the xHumanity app covers the full spectrum, interconnecting other social networks into one and providing its users with the wallet that will bring zero fees for transfers between users. xHumanity represents the future of an economy based on social involvement.