Anu Malik: It Is Not a Bad Idea to Recreate Old Songs If They Are Aesthetically Done

Composer-singer Anu Malik said while he supports the recreation of old songs, it needs to be done aesthetically. He feels if old songs are revived well, they can be a huge hit among the youth. 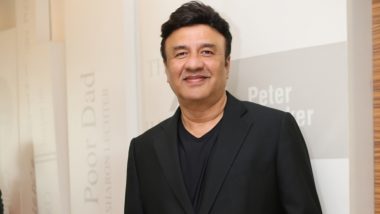 Composer-singer Anu Malik said while he supports the recreation of old songs, it needs to be done aesthetically. He feels if old songs are revived well, they can be a huge hit among the youth. "It is not a bad idea to recreate old songs if they are aesthetically done. When those of the 1990s, '95 and 2000s songs are recreated, and given new sub production, I have noticed a lot of youngsters like it. It's a great thing and I'm not at all against great melodies being recreated but it should be done aesthetically," he told IANS. When Neha Kakkar’s Singing Made Anu Malik Slap Himself In This Throwback Video From Indian Idol Season 2.

Malik added that it is important to acknowledge the original creator of the song. "At the end, the name of the original composer and lyric writers should be mentioned, and the name of the original singer should be mentioned with the new singer's name," he said. He believes the growing fad of music videos is a great way for fans to see their favourite singers in action. "I feel it is fantastic because there was a time when we were trying to get the numbers of a composer, an audio company, a producer and a director. But today, the audio companies, producers, the directors, and the composers can search for them if they find something unique," he said. Amaal Mallik Responds to a Troll Asking Him to Respect Seniors Like Anu Malik, Says ‘Kaam Achha Hain Doesn’t Mean Aadmi Achha Hai’ (Read Tweet).

He added that this gives singers a lot of recognition. "It is a very good idea to interact with your fans because they (singers) can start creating their channel, they have their region of fans, and they become a star overnight in their domain. So, it is a fabulous idea, and in today's world technology has helped talent reach new levels of success and greater heights," he said. Malik was a guest on the reality show "Indian Idol" a while back.

"I have been a part of this show from its inception. From 2004, I have been present in all the shows from season one till season 11 and it is very special to me. When I heard the singers, I was amazed as every singer has a distinctive voice. I love the confidence in their voices," he said.

(The above story first appeared on LatestLY on Apr 13, 2021 09:31 PM IST. For more news and updates on politics, world, sports, entertainment and lifestyle, log on to our website latestly.com).