Get latest articles and stories on Entertainment at LatestLY. Filmmaker Zoya Akhtar reminisced about shooting for 'Zindagi Na Milegi Dobara' with a throwback picture as the film clocked nine years on Wednesday. 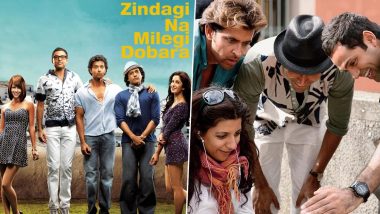 Filmmaker Zoya Akhtar reminisced about shooting for 'Zindagi Na Milegi Dobara' with a throwback picture as the film clocked nine years on Wednesday. Zoya took to Instagram to post the picture featuring her, and the three lead actors of the film - Hrithik Roshan, Farhan Akhtar, and Abhay Deol. The picture features the three sitting with Zoya, the director of the movie, and previewing a scene from the film. The 47-year-old filmmaker wrote, " I think we got it! #znmd #9yearstoday #besttimeever." 14 Years of Golmaal: Arshad Warsi, Tusshar Kapoor Get Nostalgic About Rohit Shetty’s Super-Hit Comedy

All the three lead actors of the film commented on the post saying how much they miss shooting for the film. "Miss this shoot so so much," commented Farhan Akhtar while, Hrithik Roshan wrote, "Things that make you wanna shout out " "AAAI LOVE YOU GUYS !!!" Truly the best times ever." Actor Abhay Deol, on the other hand, expressed his desire to make the film all over again. "Uff! I'd make this film all over again just be back on set," he wrote. 19 Years of Tum Bin: Anubhav Sinha Reminisces About His Directorial Debut, Says ‘It Changed Everything for Me’

Zoya Akhtar Celebrates 9 Years of ZNMD With This Throwback Pic

Miss this shoot. Miss the crew. Miss their madness. Forever grateful to the universe for the experience of this film and for the love you continue to show it. Big hug. #9YearsOfZNMD 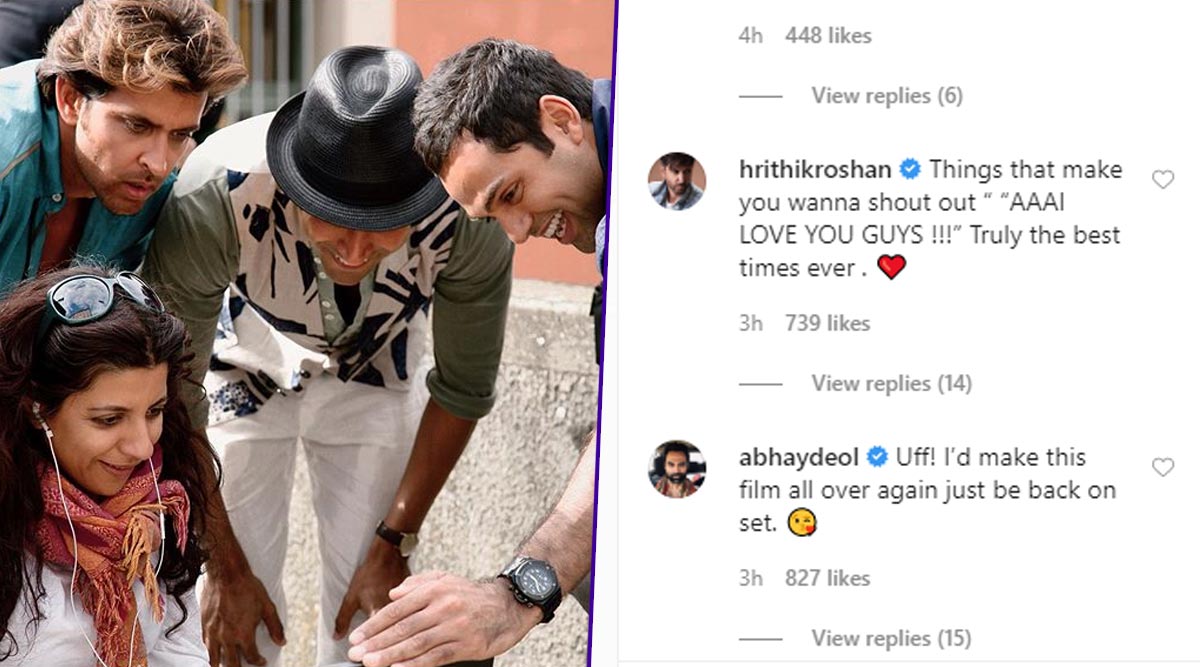 'Zindagi Na Milegi Dobara' is an adventure drama with an ensemble cast of Hrithik Roshan, Farhan Akhtar, Abhay Deol, Katrina Kaif, Kalki Koechlin and Naseeruddin Shah. The critically acclaimed film was released in 2011 and was a major hit at the box office.