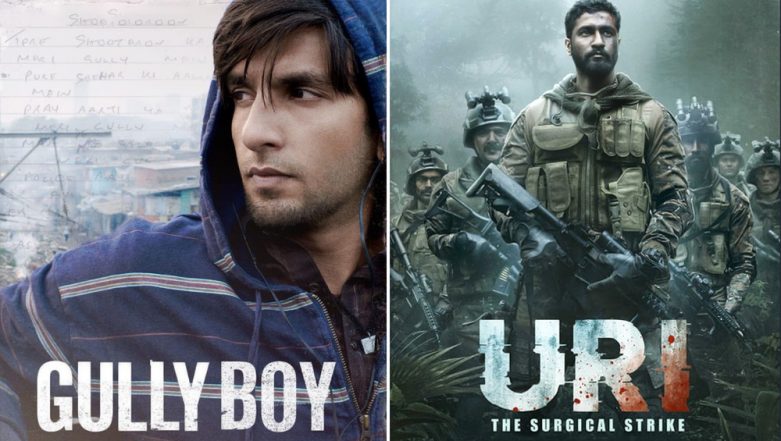 Zoya Akhtar returns to directing another slice of drama with Gully Boy, a tale of rags-to-riches inspired by real life. Based on the lives of rappers DIVINE and Naezy, Gully Boy is about a boy from the slums who aspires to be a rapper and how he circumvents around his personal problems to achieve his dreams. Ranveer Singh and Alia Bhatt, paired for the first time in a movie, are playing the leads in the film. Ranveer plays the aspiring rapper and Alia Bhatt his possessive girlfriend. Gully Boy Movie: Review, Box Office Collection, Budget, Story, Trailer, Music of Ranveer Singh, Alia Bhatt, Zoya Akhtar Film.

Box office-wise, there are high expectations riding on Gully Boy to perform well at the theatres. The premise of Gully Boy being very Mumbai-centric, the movie is expected to do well in the Maharastra belt. Also, Zoya Akhtar movies generally do well at the multiplexes.

However, the biggest draws of the film are, indubitably, Ranveer Singh and Alia Bhatt. Ranveer Singh is coming to Gully Boy after delivering two back-to-back blockbusters last year in Padmaavat and Simmba. Both his last movies have earned more than Rs 200 crore at the box office, while Simmba's success has established him as a star who can deliver big hits beyond mentor Sanjay Leela Bhansali's tutelage. Does Ranveer Singh Borrow Outfits From Deepika Padukone's Wardrobe? The Actress Finally Answers.

Alia Bhatt, meanwhile, also delivered a Rs 100 crore hit last year in Raazi, which rode well on her sturdy, slender shoulders. While their pairing is fresh, their combined star-power can draw in the young crowds expecting a Valentine treat. The question now is, can Gully Boy steal the thunder from  Vicky Kaushal's Uri: The Surgical Strike?

As of now, Uri is the highest grossing movie of 2019, earning more than Rs 200 crore at the box office. It also has the record of the biggest opening day collections for the year, earning Rs 8.20 crore, followed by Kangana Ranaut's Manikarnika with Rs 7.75 crore. Uri the Surgical Strike Box Office: Vicky Kaushal’s War Film Creates History by Beating Baahubali 2 – Here’s How.

Trade analysts are predicting that Gully Boy will earn about Rs 13-15 crore on opening day, with a forecasted collection of Rs 40-45 crore for the first weekend. If this prediction is true, then Gully Boy has every chance of beating Uri at least in round one. Interestingly, Ranveer Singh, Alia Bhatt and Vicky Kaushal are all part of Karan Johar's period drama, Takth.