Rawat was attending a workshop organised by the Uttarakhand State Commission for Protection of Child Rights in Dehradun, on Tuesday. During the workshop, he made the 'ripped jeans' statement. 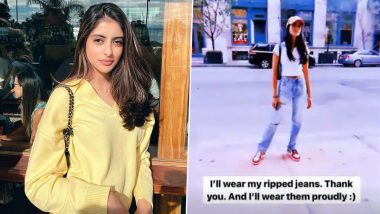 Navya Naveli Nanda is often seen speaking her heart out and putting her opinions on social media. The star kid has been continuously working towards social issues and is always seen educating people about issues in our country online. Navya came across Uttarakhand Chief Minister Tirath Singh Rawat's 'ripped jeans' statement and took to Instagram to react to his statement. Sharing a few stories, the star kid gave a subtle reply to Rawat's comment. Navya Naveli Nanda Shares Stunning Pictures On Instagram, Meezaan Jaaferi Drops This Comment On His Rumoured Girlfriend’s Post.

In the first story, Nanda shared a screengrab of one of his statements and wrote, "Change your mentality before changing our clothes :) because the only thing shocking here is the message comments like this send to society. Just (angry emojis)." She went on to add a picture of herself wearing a pair of ripped jeans. She even went on to share a picture of a news report that read, "Women wearing ripped jeans can't provide the right environment for children." Reacting to the statement, Navya asked, ".....and you can?"

Check Her Story Below: 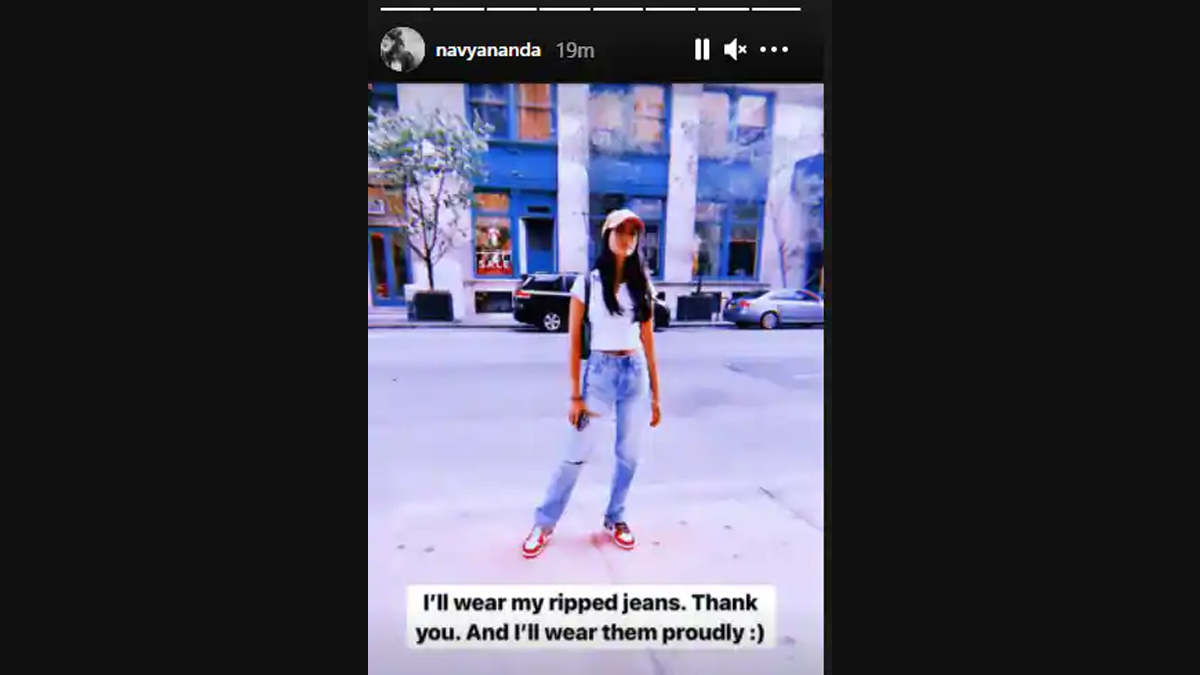 Rawat was attending a workshop organised by the Uttarakhand State Commission for Protection of Child Rights in Dehradun, on Tuesday. During the workshop, he said, "Showing bare knees by wearing ripped jeans just to look like rich kids is the value given now which is just a race towards westernisation when the Western world today is following us. Ripped jeans pave the way for societal breakdown and is a bad example parents set for children." Amitabh Bachchan Congratulates Granddaughter Navya Naveli Nanda On Her DIY 'At Home' Graduation With a Beautiful Post.

In other news, Navya has quite a popularity on social media but is not planning on entering Bollywood. In an old interview, her mother, Shweta Bachchan Nanda, had revealed that Navya won't be getting into acting. “No acting ambitions. She’s in college and she’s studying and I think I would want Navya to be a professional, earn her own money, stand on her own two feet and do her thing.” Navya, however, was a part of Shweta’s MxS brand campaign.

(The above story first appeared on LatestLY on Mar 18, 2021 10:22 AM IST. For more news and updates on politics, world, sports, entertainment and lifestyle, log on to our website latestly.com).