Serious Men Ending Explained: Does Nawazuddin Siddiqui’s Character Get Away With His Ingenious Scam in the End? (SPOILER ALERT)

Nawazuddin Siddiqui plays the main lead in director Sudhir Mishra's latest film, Serious Men. Based on Manu Joseph's novel by the same name, Serious Men is a satirical take on a caste politics and social disparity, and is about a lower-middle class Dalit man's doggedness to come up tops in a society he feels doesn't encourage his growth. Serious Men skips theatrical release, owing to COVID-19 pandemic, and has released straight to Netflix. Serious Men Movie Review: Nawazuddin Siddiqui Finds Himself in Sparkling Form in Sudhir Mishra’s Witty Take On Caste Politics and Social Disparity.

Apart from Siddiqui, the movie also stars Indira Tiwari, Shweta Basu Prasad, Master Aakshath Das, Sanjay Narvekar, and Nasser. Siddiqui plays Ayyan Mani, a Tamil Dalit migrant settled in a chawl in Mumbai with his wife. He works as a PA to a scientist doing research on alien microbes. His young son, Adi is discovered to be a child genius by the world, and he becomes a celebrity in his locality and in his school. Being Adi's father, Ayyan gets to have a lot of influence, and a local politician and his daughter Anuja (Shweta Basu Prasad) employ him to convince others in his locality to agree for redevelopment.

However, it is later that we discover that Ayyan is running a scam using his hearing-impaired son - who, in reality, is a slow learner - so that he can use the gullibility of the people to get his family a better life. He keeps this scam a secret even from his wife. As Ayyan gets brasher, he also uses his cunningness to get rid of his boss, which ultimately backfires on him. Also his son couldn't handle the pressure of the fake persona his father built up for him and he begins to mentally crumble. OTT Releases Of The Week: Ishaan Khatter’s Khaali Peeli on Zee Plex, Nawazuddin Siddiqui’s Serious Men, Jim Parsons’ The Boys In The Band, Lily Collins’ Emily in Paris on Netflix and More.

So what happens in the end? Let's look the finale of Serious Men, and decipher what exactly does it mean. Of course, there are plenty of SPOILERS ahead, so read ahead with caution, if you haven't watched the film yet.

Ayyan, who has seen the error of his ways, is threatened by the politician (Sanjay Narvekar), who comes to know of his truth, that Adi should continue to hoax and still talk in their favour. However his boss Dr Acharya (Nasser), who is now more sympathetic about Ayyan's plight after knowing his backstory, suggests a way to escape from the locality.

During the function, Adi, who is usually instructed by his father through bluetooth in his hearing aid, is told by Ayyan to speak whatever he wants. A giddy Adi comes to the mike and blurts that he doesn't know anything and that whatever he says, was told to him by his father. Though he tells the truth, the audience who have been so comfortably perched in his lies, thinks he is just being humble, while Ayyan is seen smiling through his tears in relief. 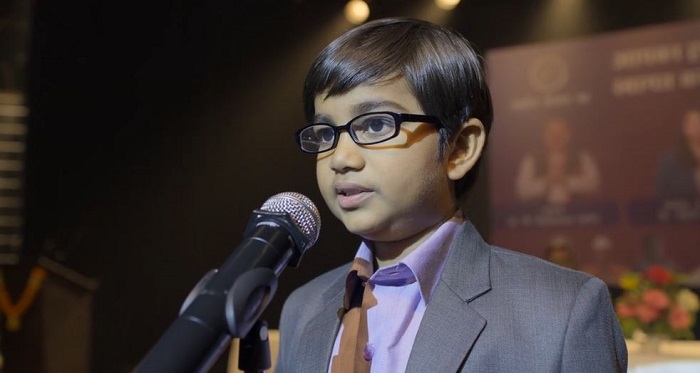 In the last scene, we see that Ayyan, his wife Oja and Adi are now living in a beachside village in Kerala. Adi is going to a local school, as we see Oja picking him up and going to the beach, where Ayyan is present, now without his moustache. Oja tries to convince Ayyan to ask Adi to concentrate more on his studies and that he should join her in her job. Ayyan dismissively tells her that he 'can't deal with primitive minds' - a line that he had taught Adi to say earlier, whenever the kid faces an inquisitive person. Ayyan is then seen strolling towards the sea, as Adi comes running and holds his hand, while he asks what Ayyan plans to do with the money given by Anuja aunty.

Though Ayyan may have never got the life he planned for through Adi's hoax, the scam inadvertently helped two other entities, each representing the ideas that Ayyan wanted to defeat. Dr Acharya who presents the upper-caste, got his funding thanks to Adi's advocation of his project.

Through Adi's last throwaway final line, it is clear that the function went well, and Anuja and her politician father - both representing the rich and affluent - got green light for their project (Anuja also might have gotten the ticket from her father's party). So while Dr Acharya helps him rehabilitate elsewhere, Anuja gives him money - a reward for making their redevelopment project a success. 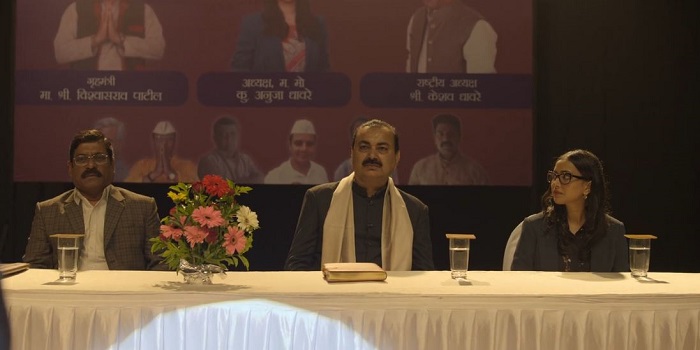 Why they chose to settle in Kerala, I am not very sure, since Ayyan is from Tamil Nadu. Though I have to add here, what the film shows us as a hamlet in Kerala is actually Manori in Mumbai. However, since the whole film revolves around a scam, guess we can take this location deception in the spirit of the film's premise.

As for what happened to Ayyan, there are two thoughts here. The less affable idea is that his own mental condition is cluttered with what happened in the past few months. The second idea is that that unlike his wife, Ayyan is not ready to accustom to his new living style, and he is again planing a scam to get out of his lesser privileges, perhaps using the same money that Anuja gave him. Considering we hear the same song "Raat Hai Kaala Chaata", that was played in the beginning of the film, in the end too, we can guess Life has come a full circle for Ayyan, and now he is gearing to start it again.

(The above story first appeared on LatestLY on Oct 02, 2020 07:11 PM IST. For more news and updates on politics, world, sports, entertainment and lifestyle, log on to our website latestly.com).