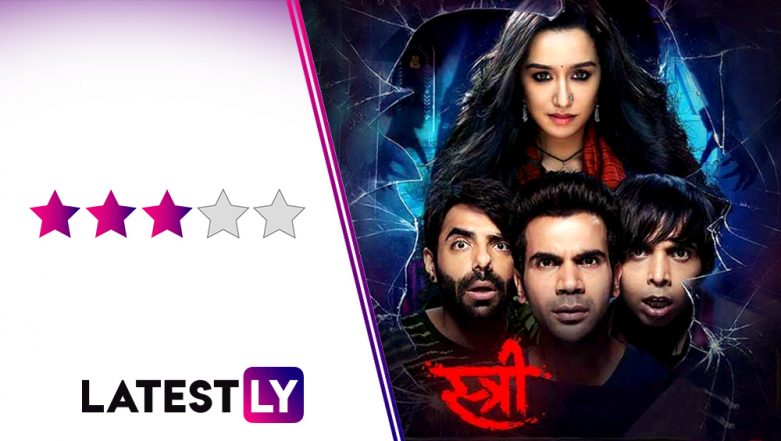 Rajkummar Rao and Shraddha Kapoor team up for the horror comedy, Stree, that is scheduled to release on August 31. Based on a supernatural legend, Stree has Rao play a tailor in love with a mysterious girl, played by Shraddha, who could or could not be a ghost out to kill men in his village. The movie also stars Pankaj Tripathi, Aparshakti Khurrana and Abhishek Banerjee. Stree marks the first production of the director-duo,  Raj Nidimoru and Krishna DK (popularly known as Raj & DK), known for making movies like Shor in the City, Go Goa Gone and A Gentleman. They are co-producing the film with Dinesh Vijan, with Amar Kaushik directing the film.

LatestLY will start music reviews from this week, and our first pick is the soundtrack of Stree. There are four songs in the film, which are composed by the composer duo Sachin-Jigar with lyrics by VAYU. Here's what we feel about the album of Stree -

When you have Mika Singh croon for a song in your movie, the result will be nothing less than a chartbuster. Expect the same results with Milegi Milegi. A fun track that should make way into all the DJ's Bollywood tracklists, Milegi Milegi is groovy in every sense. It is tailor-made for Mika's talents to deliver a peppy number. The lyrics also deserve a special mention here.

Kamariya has already attracted enough attention for being the quintessential item song of Stree. Picturised on Nora Fatehi, the song is already ruling the song charts. What makes Kamariya different from other item songs is that Sahin-Jigar doesn't serve a very massy score for the track, but is still catchy thanks to its mix of electronic beats and desi feels. Aastha Gill, Sachin Sanghvi, Jigar Saraiya and Divya Kumar have sung the track.

Of course, we should also not forget that amidst the scares and laughs, Stree also has a love story between Shraddha Kapoor and Rajkummar Rao's characters. So we have Nazar Na Lag Jaaye, a lilting romantic track made more interesting with Vayu's usage of English words in between. Pleasant to the ears, the highlight of Nazar Na Lag Jaaye is definitely Ash King's mellow singing.

The video might have caught your attention, what with Kriti Sanon dancing with Badshah, Rajkummar Rao and a CGI-ed skeleton. With a title that's inspired by those Amrish Puri memes, Aao Kabhi Haveli Pe might score high with its visual design. However, the track isn't a standout per se when it comes to all those Badshah songs. The song is worth a listen for Nikita Gandhi's energetic singing, who steals the show from the more crowd-friendly Badshah.

Here's the jukebox of Stree for you -

The soundtrack for Stree is short but lives up to the quirky potential of the film. Milegi Milegi and Kamariya are already ruling the charts and the songs will get a boost further if the film clicks with the audience.