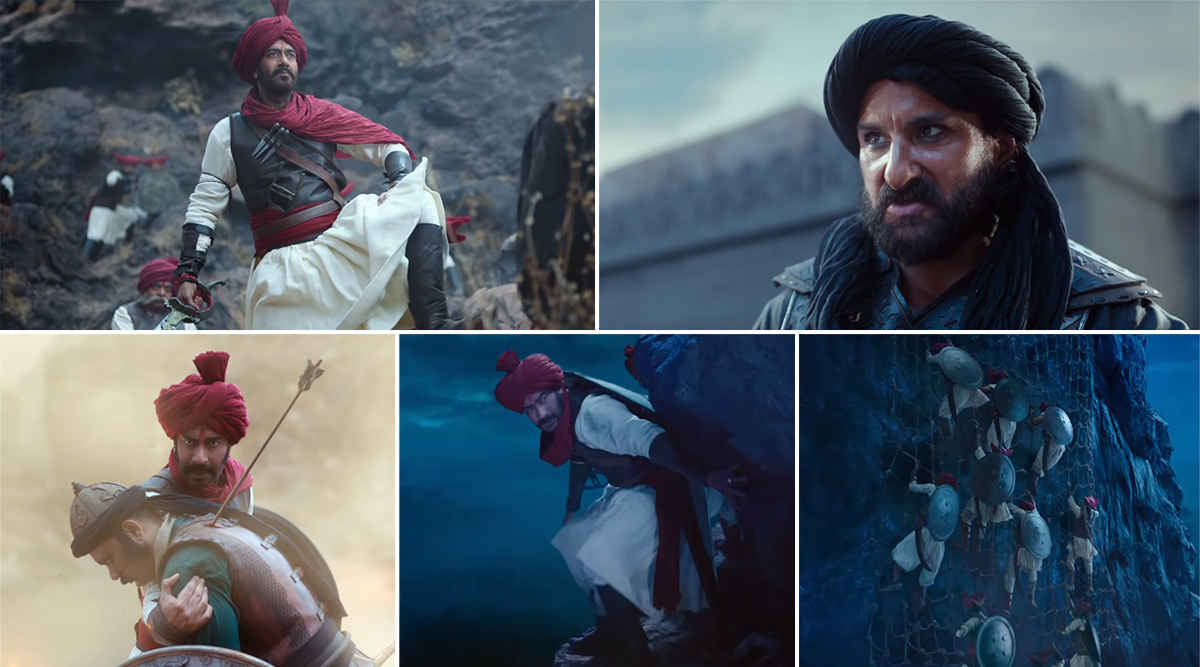 After seeing the first trailer of Tanhaji: The Unsung Warrior, fans are excited to watch this historic saga on the celluloid soon. Ajay Devgn as Tanaji Malusare, Saif Ali Khan as the antagonist Udaybhan Singh Rathod and Kajol as Tanaji's wife, Savitri Malusare in the film has piqued the interest of one and all. Well, one of the main reasons the movie is highly anticipated because it depicts the battle of Sinhagad. In the trailer one, we saw the power and strength of the Marathas. And now to keep the curiosity around the flick intact, the makers have released trailer two of the same and must say it's epic. Tanhaji: The Unsung Warrior - Ahead of the Trailer Release, Ajay Devgn Drops a Glimpse of the Battle of Sinhagad Which Was All About Mind Vs Might (Watch Video).

Right from the dialogue baazi of the lead star Ajay, Kajol's graceful as well as egoistic act as Savitri to Saif Ali Khan in the dark and negative role- everything is just perfect in this one. And talking about the VFX, well it's not wow, but it's not that bad too. So, what's your take on the trailer two of Tanhaji? Let us know in the comment section below.

Until Then Check Out Tanhaji The Unsung Warrior Trailer 2 Here:

For the unversed, Tanhaji is said to revolve around the story of the great Maratha warrior, Tanaji Malusare, who was a military leader in the army of Chatrapati Shivaji Maharaj. Not just this, this film will also see Saif and Ajay sharing the screen space after a hiatus. As the two were last seen together in Omkara (2006). Ajay will also complete his 100th movie with Tanhaji. Directed by Om Raut, the flick was initially slated to release in December 2019, but later was pushed ahead and it's now going hit the movie screens on January 10, 2020. Stay tuned!