Camila Cabello on Her Breakup With Matthew Hussey: Feel So Much More Alive Now 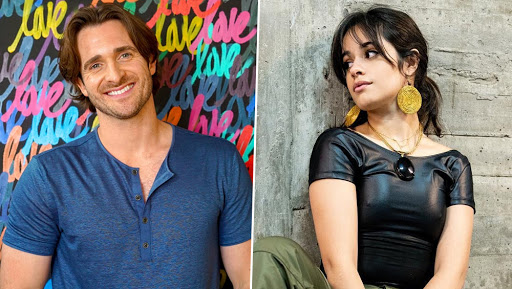 Washington D.C American pop singer Camila Cabello, who went through a breakup recently, feels that the experiences have made her brave by heart. The 22-year-old singer opened up about the incident with Clash magazine and as cited by People she said, "Honestly, I think I'm just more brave.""I feel like I can be much more honest with myself and other people because obviously I'm growing up and I have a more grounded sense of who I am," she added. Shawn Mendes And Camila Cabello’s PDA-Packed Brunch Makes Us Wonder If It’s More Than Friendship Between Them!

The singer, who touched the chords of her recent breakup with relationship coach Matthew Hussey, said that she feels "more alive" after going through some life experiences that gave her a new perspective."I've fallen in love and I've experienced life," she said in the interview. "I feel so much more alive now, and I don't feel scared anymore."News of their breakup floated in June, just days after the 'Havana' singer dropped a steamy music video for 'Senorita' where the singer collaborated with Shawn Mendes. Camila Cabello’s Cinderella Movie to Be Produced by Jonathan Kadin After He Steps Down As Sony Pictures Executive

This sparked rumours that the two pop stars have started a summer romance. Long-time friends, Cabello and Mendes have been spotted holding hands multiple times since the music video was released and even celebrated the Fourth of July together. Just this week, Camila dropped another edgy music video, featuring the Oscar-winning producer Mark Ronson, for the song titled 'Find U Again.'

In the video, Camila poses as a nightclub singer who has a bounty on her head -- which is covered in platinum blonde locks for the role. She also featured on Ed Sheeran's new collaboration album and has lent her voice to the track 'South of the Border,' which also feature Cardi B.